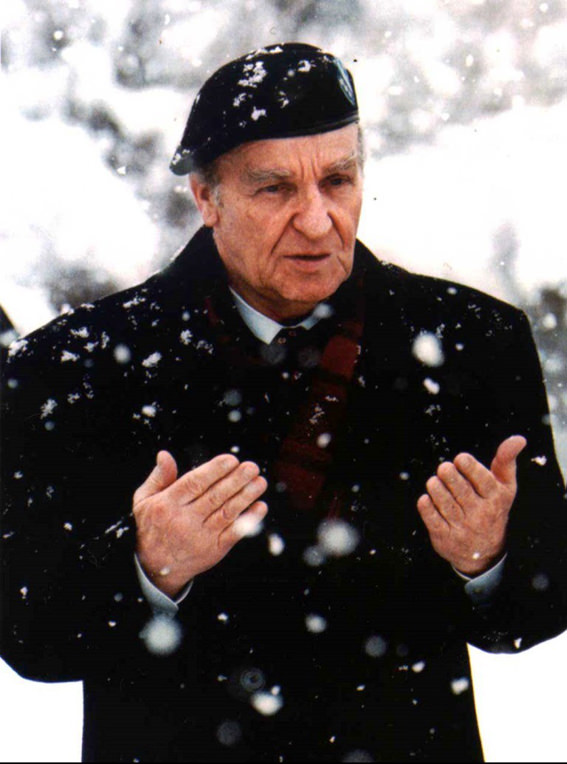 by Anadolu Agency Oct 21, 2015 12:00 am
The 12th anniversary of Alija Izetbegovic, the first president of Bosnia-Herzegovina, entering office was commemorated with an exhibition, documentary and a panel session on Monday. A commemoration event for Izetbegovic, who was known as the "Wise King" and brought independence to his home country, took place at the Kağıthane Gültepe Culture Center. An exhibition displaying photos and items from different periods of the late president's life was also opened. Following a documentary screening, a panel session was held moderated by journalist and author İsmail Kılıçarslan.

Kılıçarslan said Izetbegovic conducted a 13-minute meeting with President Recep Tayyip Erdoğan, who was the prime minister at the time, hours before his death. Izetbegovic entrusted Bosnia-Herzegovina first to Erdoğan and then all Turkish people after his death, Kılıçarslan said. Former Justice and Development Party (AK Party) deputy Süleyman Gündüz said during his speech that Izetbegovic's life was established on peace and soundness, and gave every effort to sustain these two elements in his country. Gündüz said he was one of the leaders stressing that Islam should be re-established between the East and the West. He was greatly influenced by him among the leaders he met since 1979, and said that his attitudes and views changed his horizons. He also highlighted that he supported Izetbegovic's views and statements.

Recalling that Izetbegovic lived an ordinary life, Gündüz said: "He used to sleep on the ground. He had nothing but a TV and a study room. His house was the only thing he owned in his life." Author Yusuf Armağan said until he was 19, he had never heard of Bosnia-Herzegovina. "I saw a newspaper article talking about the Bosnian War. I learned about the country when I read it," he said. Armağan said Turkey became fully aware of the Bosnian War in 1993 as the country lost itself within the borders settled by the National Pact. "Under the leadership of certain people and institutions like late President Turgut Özal and the Humanitarian Relief Foundation (İHH), Turkish people became aware of the war in Bosnia," he concluded.
RELATED TOPICS