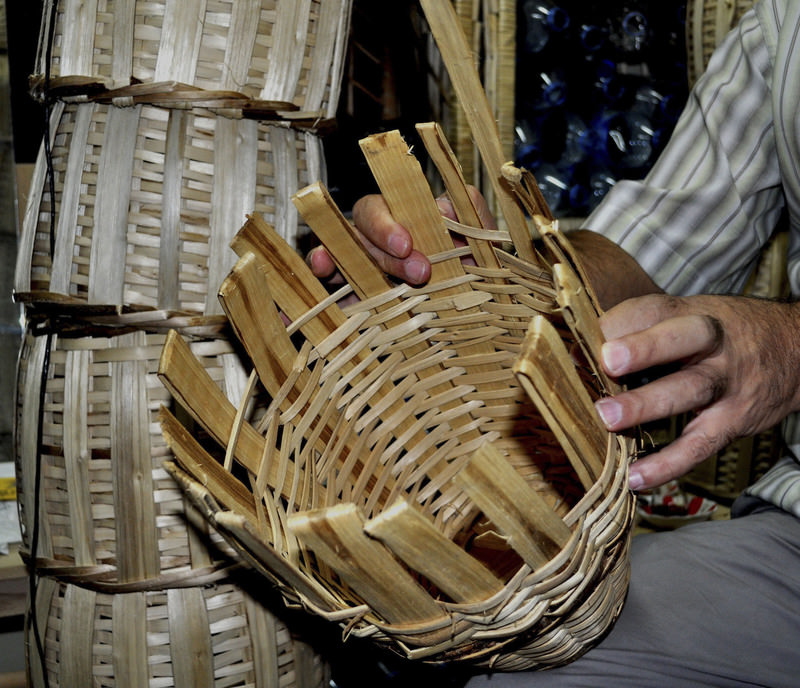 by Anadolu Agency Nov 02, 2015 12:00 am
Basketry, which has been the main livelihood of the people of Diyala, Iraq, is under the danger of dying out due to attacks by the Islamic State of Iraq and al-Sham (ISIS). Halil Muhammad, 41, said he has been making baskets for the last 19 years, but he can hardly find a market place to sell his products as most of the region has been deserted due to ISIS attacks. As ISIS continues to threaten the Diyala region, people like Muhammad, whose profession is basketry, have difficulty acquiring the materials they use to make baskets. Muhammad explained that they are not able to collect cane from pomegranate and willow trees. He learned the art of basketry from his father and he tries to reflect beauty in every basket he makes. He used to send his baskets to Baghdad rather than other cities, but ISIS attacks continue to threaten the safety of the country. "The number of attacks increased; chaos rules here. People abandoned their houses and villages because of terrorist attacks. The cities are almost empty. There are no people left for us to sell our products to," Muhammad said.

Muhammad's small baskets are sold for $2 while bigger ones are sold for $5. He is able to sell 10 baskets a day at least. Baskets made from pomegranate and willow trees are used to carry fruit, but they are also used as decoration in houses. The Iraqi artisan said his profession is facing extinction: "The number of people who are involved in basketry in Diyala is decreasing every day. There is a handful of people left." On the other hand, Sadık Hussein, the president of the provincial assembly's security commission, assured people that security problems will be solved in a very short time. "We will make extra effort to keep handcrafts and similar professions alive in Diyala. These regions will go back to the old times once ISIS is finished. Artisans are leaving their homes and move to more secure places, but I am sure that they will return when ISIS is gone.
Last Update: Nov 02, 2015 2:10 am
RELATED TOPICS