US, China least concerned about climate change, despite being biggest polluters 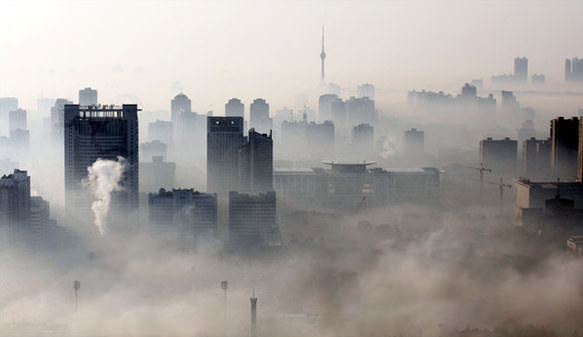 | AFP Photo
by French Press Agency - AFP
Nov 06, 2015 12:00 am
China and the United States are the world's biggest polluters, but their residents are among the least concerned about the harms of climate change, a global poll found Thursday.

Just 18 percent of those surveyed in China said climate change is a very serious problem, and 15 percent were very concerned that climate change would harm them personally, according to the Pew Research Center.

In the United States, 45 percent said climate change was very serious, and one in three expressed concern about personal harm as a result.

In contrast, the consensus globally is that climate change is a pressing problem, particularly ahead of key climate talks in Paris later this year.

"Moreover, a median of 78 percent support the idea of their country limiting greenhouse gas emissions as part of an international agreement in Paris."

The survey was taken from March to May, and is based on 45,435 face-to-face and phone interviews with adults in 40 countries.

Less than half of those polled in the Asia Pacific region (45 percent) and Middle East (38 percent) viewed climate change as a very serious problem.

Regarding solutions, "there is general agreement about what should be done to deal with global warming," said the report.
"As the Paris conference approaches, majorities in 39 nations (Pakistan is the outlier) say they support their country limiting its emissions as part of a climate accord," it added.

"Even in China and the United States, where overall concern about climate change is less intense, large majorities support an international agreement to limit greenhouse gas emissions."