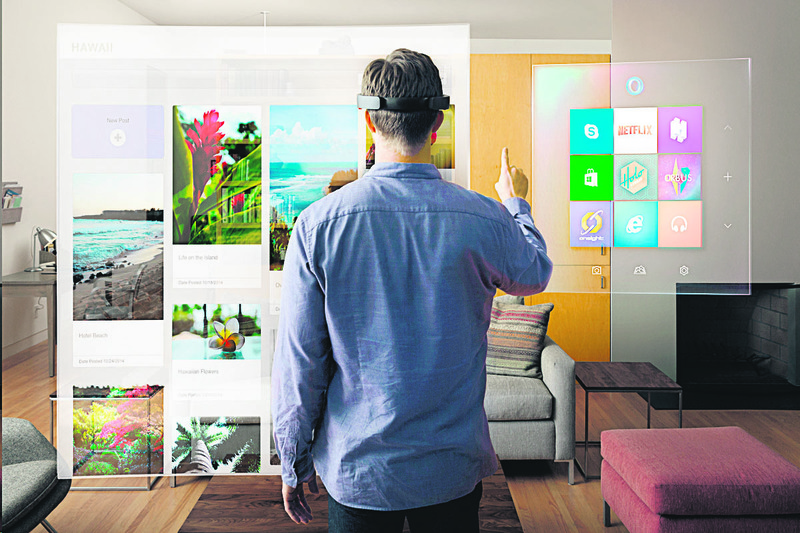 Exactly 20 years ago, Microsoft announced that it had no rivals in the personal computer industry with its Windows 95 operating system. The company was also working on corporate systems at that time. At present, the information and communications technology industry is in the middle of the second and biggest consumer revolution. Microsoft will try to keep up with the new evolution of customers, in which smartphones, social networks and touch screens convene, with its new operating system, Windows 10. Microsoft is dreaming of a future where every device with a screen and Internet connection, including smartphones, laptops and televisions, work with a Windows operating system. Windows 10 is a strong step ahead of that dream.

EVERYTHING IS FOR CUSTOMERS

Satya Nadella, who has been assigned as the CEO of Microsoft since January 2014, was aware of the fact that there would be a competition once he fixed the company's eyes on services and customers. However, he was determined to tie the shoelaces of the company before starting to run. If you try to sail a ship as big as Microsoft like a jet ski, you do not have to be a captain to see that the ship will definitely run ashore. Nadella who says that they have to pay attention to customers in order to develop human-centered designs, tells his employees to spend most of their time with the customers. When we visited Microsoft's Seattle campus years later, the most used word was "customer." Time will tell whether this company policy will pay off or not. The "window" that was opened with Microsoft Windows 10 creates a new choice for the customers.

Microsoft underscores that using an iPhone with an iOS operating system or other smartphones with the Google Android system does not create a problem for Microsoft consumers. In other words, regardless of the devices they use, Microsoft consumers will be provided a solution on a Microsoft platform. Microsoft Turkey's General Manager Çağlayan Arkan said, "We are providing first class Android and iOS support for our customers. For the perfect integration, we offer the right solution to our customers. We have the necessary infrastructure to support our customers all over the world."

Aside from the personal assistant Cortana Xbox application, offering a personal and productive experience and Microsoft Edge, Windows 10 has many other features like new a start menu and Office Mobile apps. Microsoft asserts that Windows 10 is the safest Windows released so far. Windows 10 is available for over 2,000 devices including PCs, tablets, smartphones, Raspberry Pi, Xbox One and HoloLens. The new Windows shop and software development kit, which opens the door for new and innovative experiences of Windows 10, has already been introduced to users. Microsoft also shares its projects with a focus on better life for people with NGOs. With hashtags #UpgradeYourWorld and #Vote on Instagram, Facebook or Twitter, a selection will take place and an institution will receive a donation. More details about "UpgradeYourWorld" are available on
www.windows.com/upgradeyourworld

A NEW START WITH WINDOWS

Microsoft previously took out its classic start menu. However, Windows 10 still has a start menu with live boxes that will allow users to enjoy the software as they used to.

With Windows Defender protecting against spyware and other harmful software and SmartScreen, Windows 10 protects your PC against e-fraud and malware.

Windows Hello allows users to sign in in a fast and reliable way through biometric methods and without using a password.

Windows 10 offers a more personal and productive experience by forming an interaction with PC via audio and other inputs.

Windows 10 can run with Office and Skype and allows transition through the apps of Snap and task viewers.

Microsoft Edge, the new browser in Microsoft 10, is designed to deliver a better Internet experience. Users can easily search on the web, read and note the content and share it.

Another popular feature is Continuum, which perfectly optimizes applications and experiences between touchscreen and desktop devices.

Microsoft's new music application Grove, and another applications for films and TV, offers both entertainment and productivity for the users.