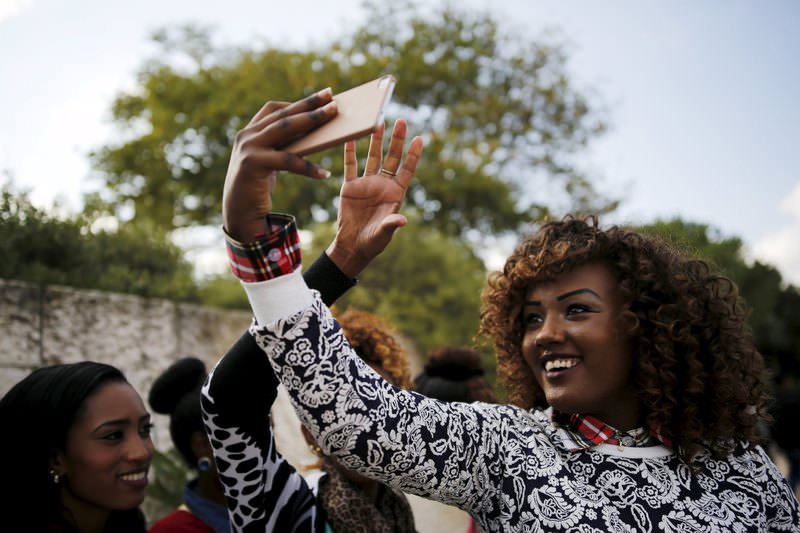 by Daily Sabah with AA
Nov 17, 2015 12:00 am
The Selfie trend has prompted an increase in the number of requests for cosmetic surgery as patients have become more aware of their appearances due to active use of social media. With the heightened use of smartphones and taking selfie photograph has led to much younger patients taking an interest in such procedures, said cosmetic surgeon Professor Ahmet Karacalar. He said people are now more concerned about their appearance and looking better. Especially young people, the regular users of social media, want to look perfect on social media platforms. Karacalar said that young patients previously requested cosmetic surgery under serious conditions; however they now come knocking at his door complaining about their displeasure with the way they look in selfies and are willing to undergo cosmetic surgery.

"More youth now want to have facial cosmetic surgery. Previously, most of my patients were those suffering from serious facial damage or other above 50. They were all age-related cosmetic demands. Now, I have patients aged between 13 and 19," Karacalar said. Social media pressure triggers the request for cosmetic surgery, he continued. "I hear young people say that their nose looks too big in selfie photos or they have bags under their eyes. They want to look beautiful. In general, cosmetic surgery is suitable for patients over 18 as they undergo physical changes during adolescence period. "If the patient has psychological or functional problems due to his appearance, then we suggest cosmetic surgery for younger people," he said. The fact that selfie photos are close-up shots, people see their face bigger than it is in normal looking.

"This is a big misconception. The appearance of our real face is different to what you see in a selfie photo. This is why the young generation exaggerates any small deformations and want to change it," he said. A survey by the American Academy of Facial Plastic and Reconstructive Surgery (AAFPRS) also demonstrated that social media makes us more conscious of our looks. One in three facial plastic surgeons in the poll reported that the popular trend of selfie photos has boosted the demand for plastic surgery. "Social media platforms such as Instagram and Snapchat, which are solely image-based, force patients to hold a microscope up to their own image and often look at it with a more self-critical eye than ever before," said the AAFPRS President Edward Farrior in a news release. The AAFPRS also reported that plastic surgeons saw an increase in cosmetic surgery among patients younger than 30.
Last Update: Nov 17, 2015 1:23 am