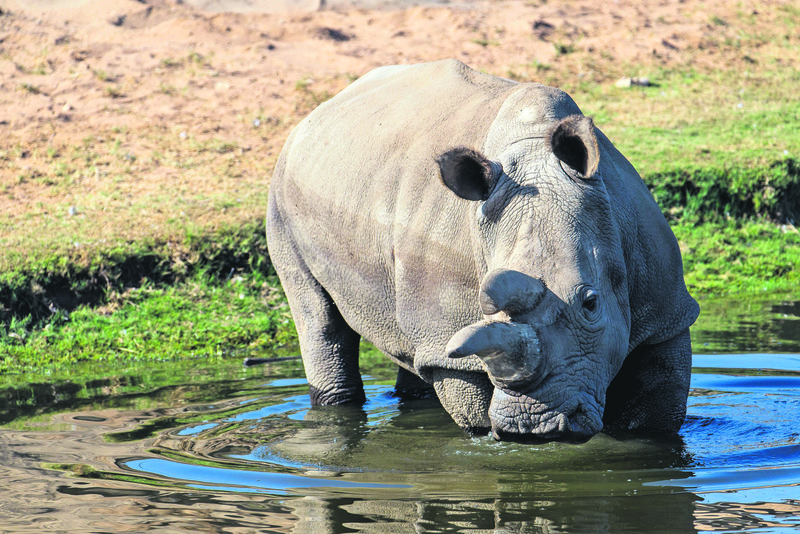 by Nov 25, 2015 12:00 am
A 41-year-old northern white rhino died on Sunday at the San Diego Zoo Safari Park, leaving just three members of the critically endangered species alive worldwide, zoo officials said. Nola, an aging rhino that had resided at the California zoo park since 1989, had been receiving treatment for a bacterial infection, according to a statement on the zoo's website. She was placed under constant veterinary watch last week as her appetite and activity levels declined.

After her condition worsened significantly, caretakers decided to euthanize her, zoo officials said. "Nola was an iconic animal, not only at the San Diego Zoo Safari Park, but worldwide," the zoo said. "Through the years, millions of people learned about Nola and the plight of rhinos in the wild through visits to the Safari Park, numerous media stories and social media posts." The three remaining northern white rhinos are at the Ol Pejeta Conservancy in Kenya, the zoo said on Facebook in response to an outpouring of comments from Nola's fans.