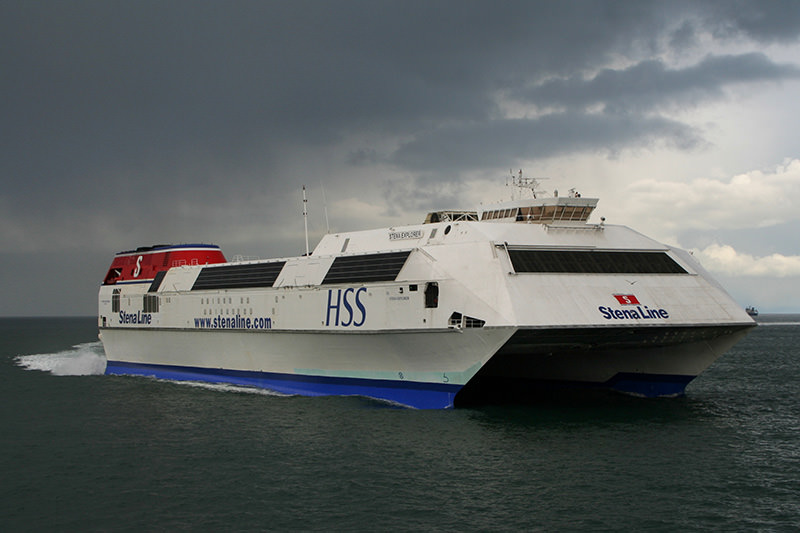 The HSS Stena Explorer willnow serve as an office for Turkish Karadeniz Holding. (Wikipedia Photo)
by Anadolu Agency Dec 03, 2015 12:00 am
As businesses in the Istanbul area struggle to find new space on which to build their premises, one firm near Turkey's largest city has come up with a novel solution -- a floating office.

A high-speed ferry, which once served passengers sailing between Britain and Ireland, is being turned into an office by its new Turkish owner.

The 19-year-old ship -- which is 125-meters long and was capable of carrying 1,500 tons -- was brought to Turkey's northwestern port of Yalova, around 80 kilometers [49 miles] close to Istanbul, after an 18-day journey, new owners Karadeniz Holding told Anadolu Agency.

Confirming that the ship will be used as office space for Karmarine Shipyard in Yalova -- a company tied to the holding -- Karadeniz Holding added:


"After some minor revisions particular areas will be furnished as an office space as a first step," the statement read.

"It will take some time to refit [the ferry] as a whole; extensive design work is still ongoing," it added.

Karadeniz Holding said that it was not planning to sell or rent the vessel.

The conglomerate is also known for developing a fleet of ships which generate electricity across the world.