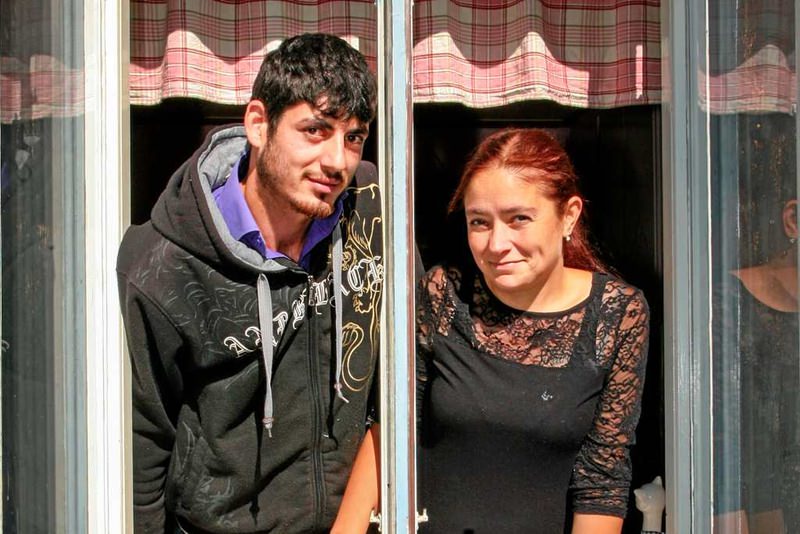 by Daily Sabah Dec 13, 2015 12:00 am
A Swedish woman named Josefin Karlsson walked down the aisle on Wednesday with the Romanian Florian Serhan, who had previously come to Sweden and was begging on the streets.

Karlsson (37), who has six kids met with Serhan (21) when he was reportedly being abused while sitting outside her local supermarket in Gothenburg back in April. Karlsson then resolved to talk to him, after which the two fell quickly in love.

The two's love story has also received quite a lot of attention in Swedish media. According to media reports, Karlsson told Radio Sweden that their story was "some kind of Disney fairytale." 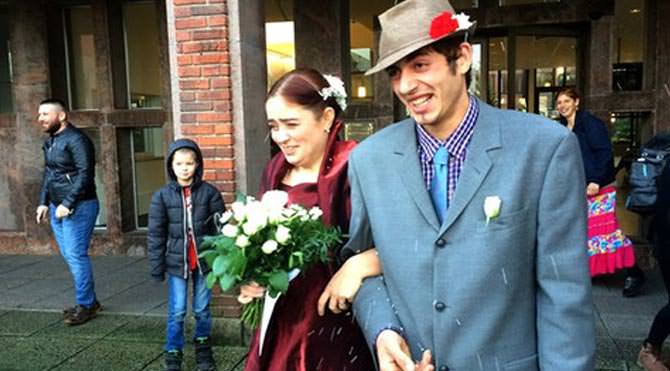 She said, "I was so shocked by how badly some of the local Swedes were treating this poor beggar. Some people were really nice to him but many abused him – not many took time to try to understand why he was there. I really wanted to understand the situation of beggars and why they have come here."

When asked if she had met with any resistance from friends and family to the idea of marrying someone who was begging outside a supermarket only a while ago, Karlsson reportedly said, "There are some who say that the age difference is too big or that he is only marrying me to stay in Sweden. But the vast majority of people are happy. People smile and say congratulations when they see us and say that our story is some kind of Disney fairytale."
Last Update: Dec 13, 2015 3:06 pm
RELATED TOPICS