Playing 3D video games 30 mins a day may improve your memory: US study 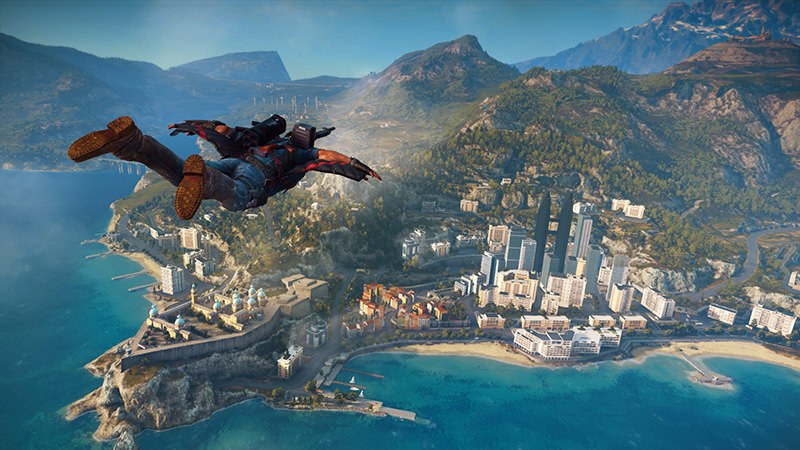 This image provided by Avalanche Studios shows a scene from the video game, ,Just Cause 3., (AP Photo)
by Dec 19, 2015 12:00 am
Playing three-dimensional video games just 30 minutes a day might mean new memories are less likely to fade away, a small U.S. study suggests.

For two weeks, researchers asked 69 novice gamers to devote a half-hour daily to playing either the two-dimensional "Angry Birds" game, "Super Mario 3D World," or nothing at all. Based on tests taken at the start and end of the experiment, only the 3D players had memory improvements, the study found.

"The 3D games have a lot going for them that the 2D ones don't," study co-author Craig Stark, a neurobiologist at the University of California, Irvine, said by email.

"There's the issue of perspective, the amount of spatial information in there, the `self' or `immersive' aspect of them – you feel like you're in there – or just the total amount of stuff you can incidentally learn," Stark added. "When the viewpoint is relatively static, in a 2D game, you don't get exposed to nearly as many spatial relations."

While the study wasn't designed to show how 3D video games might improve memory, it's possible playing these games stimulated the hippocampus region of the brain, Stark and co-author Gregory Clemson, also of U.C. Irvine, note in the Journal of Neuroscience.

To see how the type of game might impact cognition, the researchers recruited people 18 to 22 years old who claimed not to have prior experience with the games and asked them to play in a testing facility each weekday for a total of 10 days.

Before and after the two-week period, the participants took memory tests that engaged the brain's hippocampus, the region associated with complex learning and memory.

They were given a series of pictures of everyday objects to study. Then, they were shown images of the same objects, new ones and others that differed only slightly from the original items and asked to categorize them.

The 12 percent improvement seen with the test scores for 3D gamers is roughly the same amount that memory tends to decline between the ages of 45 and 70, the researchers note.

Beyond the small size of the study, other limitations include the potential for variation in complexity in the two games, rather than just the 2D versus 3D format, to explain at least some of the differences in memory test performance after playing, the authors concede.

It's also possible that the tests done in young people might not yield the same results in older players, or that inexperienced players might not have the same results as seasoned gamers, noted Dr. Adam Gazzaley, a neurology researcher at the University of California, San Francisco who wasn't involved in the study.

"It is likely that the largest effects will be for novices and especially those that are suffering deficits in cognition," Gazzaley said by email. "But, continued benefits may take place if the game continues to engage the player at a high level as they continue to improve."

There's at least a potential, though, that if more research confirms and explains the findings, 3D video games might benefit older adults suffering from memory loss, Alzheimer's disease or dementia.

"If findings such as these are confirmed and extended, this could open the door to exploring a role for using 3D games clinically for patients with memory problems," said Dr. Brian Primack, Director of the Center for Research on Media, Technology and Health at the University of Pittsburgh.

But gaming probably isn't a panacea for improving memory, Primack, who wasn't involved in the study, said by email.

"There are many things that have been shown to improve outcomes such as quality of life among people with memory impairment – these include having plenty of social experiences in person with others and engaging in regular physical activity," Primack said. "It would be a shame to push 3D gaming to the point of inadvertently negatively impacting these evidence-based treatments."