Transformers' iconic vehicles Optimus Prime and Bumblebee up for auction 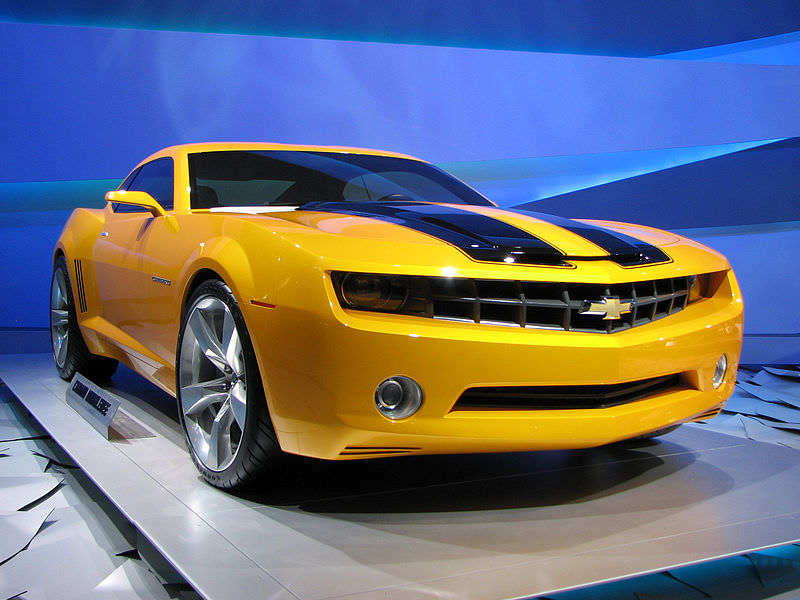 A photo taken at Detroit 2008 auto show displays the 1967 Chevrolet portraying as Bumblebee. (WIKIPEDIA Photo)
by daily sabah Jan 04, 2016 12:00 am
Ever dreamt of having your own real-life Transformer? Well, your dreams might come true—for the right price of course.

The customized vehicles that played Optimus Prime and Bumblebee from the 2014 blockbuster Transformers: Age of Extinction will go up for auction in Arizona between January 23 and 31, the Barrett-Jackson auction house announced Sunday.

The 1992 Peterbilt stunt truck that played Optimus Prime and the customized 1967 Chevrolet Camaro SS that stood in for Bumblebee have drawn a lot of attention from both mega-fans and collectors.

The director of the movies, Michael Bay was the proud owner of Bumblebee until recently, but it seems that Mr. Bay is now ready to part with the custom muscle car.

The 1967 Camaro SS wears a black exterior with yellow accents, custom LED headlights, and of course, graphics from Transformers. For the film, it was fully retrofitted to operate like a 2014 car with additions like a six-speed manual gearbox, custom suspensions and a Corvette engine.

Both of the vehicles will have no reserve price.

Despite critics Transformers: Age of Extinction became the highest –grossing film of 2014. According to Box Office Mojo statistics, the movie grossed over $1.1 billion worldwide. The sequel - the fifth in movie of the series- is planned to be released in 2017.