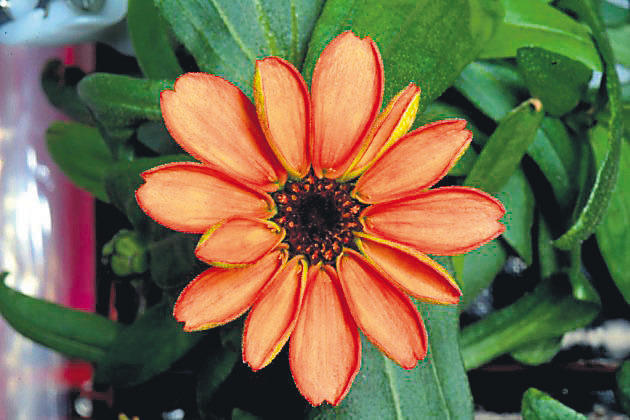 by daily sabah Jan 19, 2016 12:00 am
American astronaut Scott Kelly on Sunday tweeted a picture of a zinnia flower grown aboard the International Space Station (ISS) - its first flower to bloom. "First ever flower grown in space makes its debut! #SpaceFlower #zinnia #YearInSpace" the American astronaut wrote on the microblogging platform. A NASA press release stated that the Veggie plant growth facility was installed on the orbiting lab in May 2014.

The first test crop was red romaine lettuce. "While the plants haven't grown perfectly," said Dr. Gioia Massa, NASA science team lead for Veggie, "I think we have gained a lot from this, and we are learning both more about plants and fluids and also how to better operate between ground and station. Regardless of the final flowering outcome, we will have gained a lot." Astronauts study plant growth in space in the hopes of better understanding how we might one day sustain life on other worlds.
RELATED TOPICS