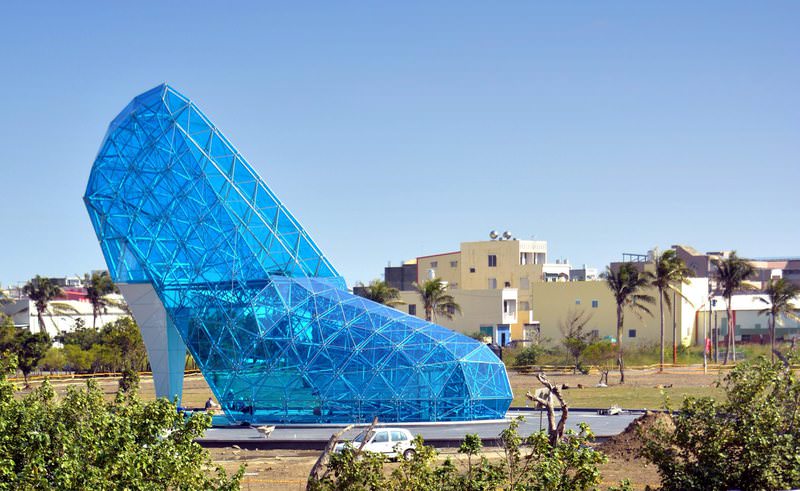 by Daily Sabah with Reuters Jan 20, 2016 12:00 am
Reminiscent of Cinderella's glass slipper, a bright-blue shoe-shaped church is expected to open next month in Taiwan. People are flocking to the giant church situated in the middle of a construction site and next to a traditional Buddhist temple in Chiayi, southern Taiwan to take photos.

The church, which is about 17 meters tall and 11 meters wide, took three months and about $685,000 to build. It is planned to open in February, before the Lunar New Year, according to the Chiayi county government official. Although the shoe will not be used as a place of worship, the designers say it will draw couples to use the place as wedding photo venue.
RELATED TOPICS