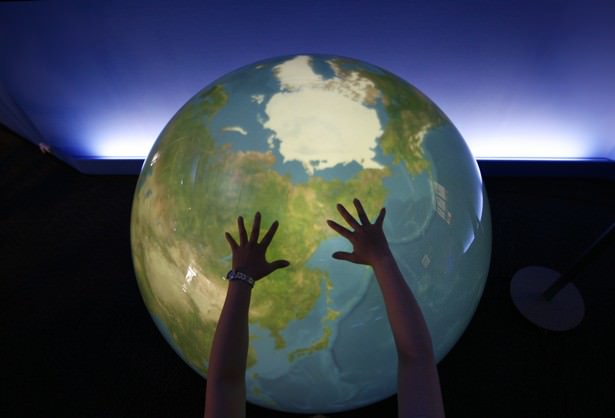 | REUTERS Photo
by daily sabah Jan 21, 2016 12:00 am
From rural Australia to South America to Africa, languages that embody the history, culture and traditions of people are dying-and at a rapid rate, the UN confirmed Wednesday.

The international organization once again pinpointed that many indigenous languages around the world were on the brink of extinction, by revealing that a spoken language disappeared, or in other words died, every 2 weeks or less.

The statement released after the UN Permanent Forum on Indigenous Issues, underlined that Many of the 6,000 languages that currently exist on the planet are not yet recorded and are in great danger of becoming extinct as they are passed – or chosen not to be passed- down by one generation to the next.

Even more surprisingly, the statement said that 97 percent of the world's population used only four percent of living languages.

Reiterating that a language lost is a loss for all of humanity, the statement added that customs, traditions, culture and history needed languages to survive and to be passed on to future generations.

Languages are the identities of people, said the statement adding that they are shaped by the current balance of powers.

Powerful groups/nations have imposed their languages (nowadays English) on speakers of less-common languages, the statement pointed out.

Delegates that specialized on the issue are expected to meet up in the UN Headquarters in New York to discuss ways to prevent the loss of local languages.