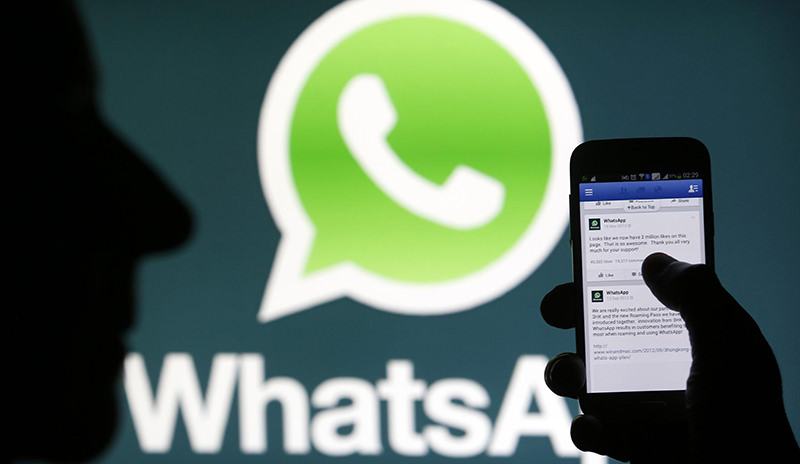 | Reuters Photo
by Compiled from Wire Services Feb 02, 2016 12:00 am
Facebook-owned smartphone messaging service WhatsApp has hit the billion-user mark, according to the leading social network's chief and co-founder Mark Zuckerberg.

Facebook has assured WhatApp that it can continue to operate largely independently and its user data can stay separate.

Koum said WhatsApp, which operates in 53 languages, transmits 42 billion messages a day. In addition its users send 1.6 billion photographs and 250 million videos daily, according to Koum.

Internet-based short-message services have surpassed the classic short message services with the advance of mobile phones and faster mobile data networks. WhatsApp is the first of the services to reach the billion-user mark.

The ranks of people using WhatsApp have more than doubled since California-based Facebook bought the service for $19 billion in late 2014, according to Zuckerberg.

"That's nearly one-in-seven people on Earth who use WhatsApp each month to stay in touch with their loved ones, their friends and their family," the WhatsApp team said in a blog post.

After buying WhatsApp, Facebook made the service completely free. The next step, according to Zuckerberg, is to make it easier to use the service to communicate with businesses.

Weaving WhatsApp into exchanges between businesses and customers has the potential to create revenue opportunity for Facebook.

Recent media reports have indicated that Facebook is working behind the scenes to integrate WhatsApp more snugly into the world's leading social network by providing the ability to share information between the services.
Last Update: Feb 04, 2016 12:54 pm
RELATED TOPICS