New ‘Survivor' village to be set up in southeastern Turkey 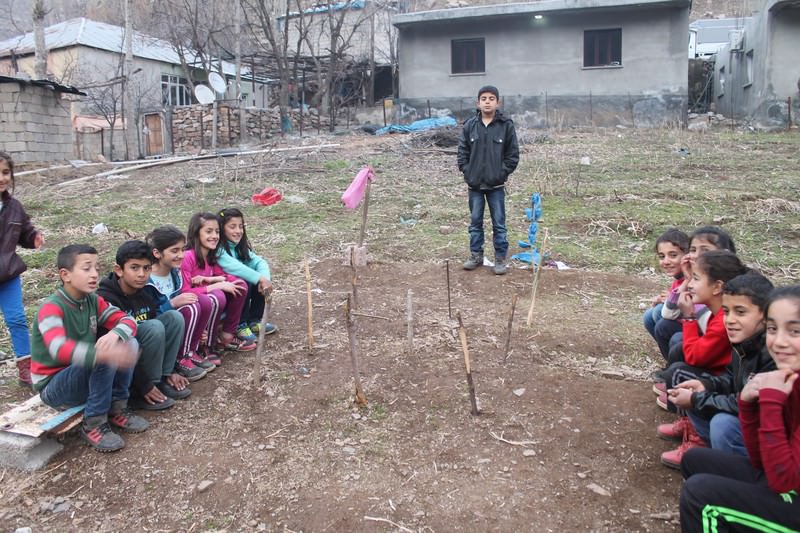 by Daily Sabah Feb 24, 2016 12:00 am
Inspired by the "Survivor" reality TV show which has attracted thousands of viewers across Turkey, a group of children living in Şırnak's Günyüzü village close to the Turkish-Iraqi border have designed their own obstacle courses using tires, wood and even the old body of a car.

They asked television producer and the presenter of Survivor's Turkish edition, Acun Ilıcalı, to bring a real "Survivor" platform to their home, Turkish Sabah daily reported. Roza Ediş, 11, said: "We always watch 'Survivor' on TV. On the weekends, we come to our own playground and compete with each other the entire day. We created our own obstacle courses but I am asking Acun Ilıcalı to create a real platform for us, as we do not even have a proper playground here. I want to see him."

The young team, composed of children between the ages of eight and 13, is organized similarly to the show, with two groups of "volunteers" and "celebrities." They pass through challenging obstacles to bring a blue flag back to their relevant platform. Doğan Ediş, the creator of the team, said he was greatly inspired by the reality television show, "Survivor." "We are waiting for [Ilıcalı's] help to make us a game platform here," Ediş concluded. Much to the amusement of the kids, on Tuesday Ilıcalı announced via his Twitter account that he and members of his staff will go to the district of Şırnak to establish the "Survivor" platform.
RELATED TOPICS