In Sweden's 1st unmanned food store, all you need is a phone 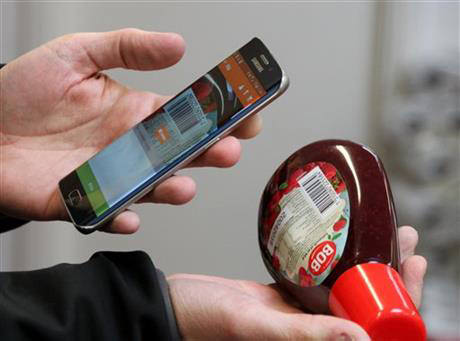 by Associated Press
Mar 01, 2016 12:00 am
It was a chaotic, late-night scramble to buy baby food with a screaming toddler in the backseat that gave Robert Ilijason the idea to open Sweden's first unmanned convenience store. Home alone with his hungry son, Ilijason had dropped the last baby food jar on the floor, and had to drive 20 minutes from the small town of Viken in southern Sweden to find a supermarket that was open.

Now the 39-year-old IT specialist runs a 24-hour shop with no cashier. Customers simply use their cellphones to unlock the door with a swipe of the finger and scan their purchases. All they need to do is to register for the service and download an app. They get charged for their purchases in a monthly invoice.

The shop has basics like milk, bread, sugar, canned food, diapers and other products that you expect to find in a small convenience store. It doesn't have tobacco or medical drugs because of the risk of theft. Alcohol cannot be sold in convenience stores in Sweden. "My ambition is to spread this idea to other villages and small towns," said Ilijason. "It is incredible that no one has thought of his before." He hopes the savings of having no staff will help bring back small stores to the countryside. In recent decades, such stores have been replaced by bigger supermarkets often many miles (kilometers) away. Ilijason receives deliveries at the shop and stacks products on the shelves. Then he lets the customers do the rest.

He has installed six surveillance cameras to discourage shoplifting in the 480-square-foot (45-square-meter) store. Also, he is alerted by a text message if the front door stays open for longer than eight seconds or if someone tries to break it open. "I live nearby and can always run down here with a crowbar," Ilijason said laughing, but added that hasn't been necessary since the store opened in January. A bigger challenge has been getting some of the elderly residents in Viken, a town of 4,200 people, to get the hang of the technology involved. Tuve Nilsson, 75, said there were many more shops in the town when he moved here with his family in 1976. He welcomed Ilijason's new store, saying it could be convenient for elderly people living alone."But if they can manage this (technology), I don't know," Nilsson said. "Sometimes I don't understand it." Ilijason is considering other ways to unlock the door that wouldn't require using an app. He's ruled out face-recognition or fingerprint scanners, but is thinking of installing a credit card reader like some banks use. He's also considering having one person man the store for a few hours a day to help customers who aren't comfortable with modern technology.

Other customers loved the speed of the no-service store. Raymond Arvidsson, a friend of Ilijason's, did his shopping in less than a minute. "No queues," he said, smiling. "Quick in, quick out. I like."