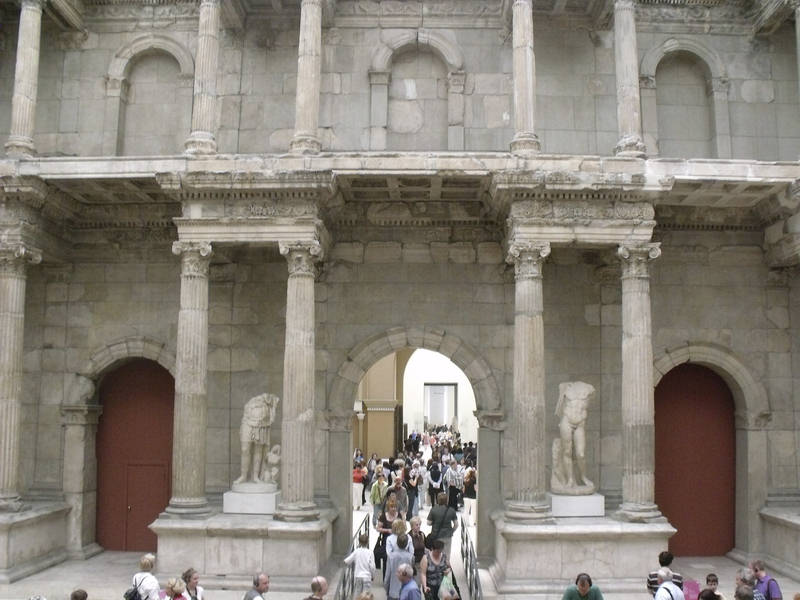 by Miraç Tapan Mar 02, 2016 12:00 am
Germany, which has taken in the most migrants in Europe, has initiated projects to integrate migrants into German society. A number of Berlin-based museums and art galleries are offering tours in Arabic for Arabic-speaking migrants who have come to Germany seeking shelter from war and hardship. Museums in Berlin are training refugees from Syria and Iraq to act as art guides. The Multaqa: Museum as Meeting Point – Refugees as Guides in Berlin Museums project has been realized thanks to collaboration between Berlin's Pergamon Museum, the Museum of Islamic Art, the Museum of the Ancient Near East, the Bode Museum and the German Historical Museum. Intended to help integrate newcomers and ease the sense of alienation many refugees feel upon arrival to Germany, the project aims to offer shelter and make them comfortable by showing them the same respect that is shown to German citizens.

The project hopes to strengthen migrants' self-esteem and build a confident and long-lasting integration for them into German society by enabling them to tour the Museum of Islamic Art in Berlin where artifacts from Syria and Iraq are exhibited as testaments to the history of humanity. "It's important for us that people understand they are valued here," said Stefan Weber, the director of the Museum of Islamic Art at the Pergamon Museum speaking to IslamToday in December.

"When you've lost everything else, you shouldn't lose your cultural identity as well." The museums that collaborated for the project display the inter-religious roots of different nations. The exhibitions in these museums draw attention to the common past of humanity and multi-ethnic societies. The German Historical Museum offers migrants a close look at German history and culture, with all of its crises and revivals. The transition of the German state following the destruction caused by World War II is used to show people that rebuilding cities, countries and people's lives is possible, and that the war and destruction currently in Iraq and Syria will not be the end of the story.
RELATED TOPICS