İzmir wants city landmark to be turned into museum 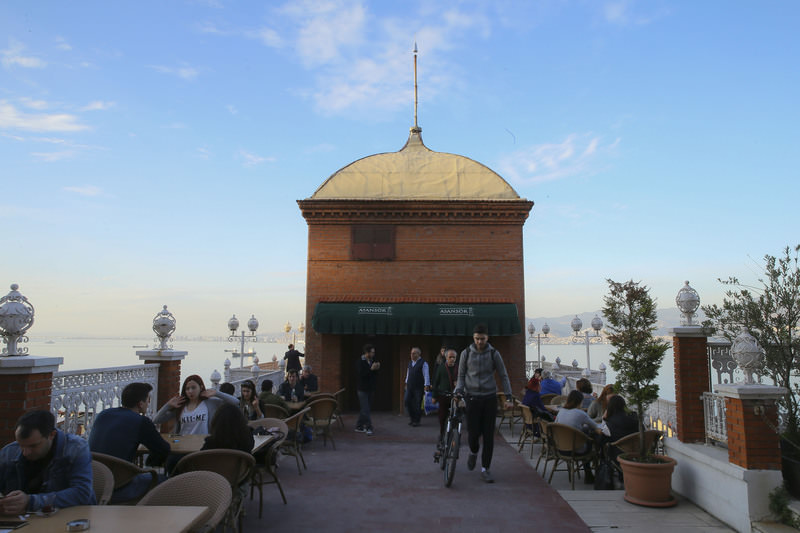 The historical Asansör, one of the major landmarks in the Aegean province of İzmir, turned 109 this year. Serving locals for over a century, the building is currently used for various purposes

Located in İzmir's Karataş quarter in the boundaries of the metropolitan district of Konak, the historical Asansör (elevator) is one of the attractions in the city following the historical Clock Tower, also in Konak. Nesim Levi, a wealthy Jewish businessman and chain store owner of the period, built the Asansör in 1907 with the bricks brought from Marseilles on an area given by then Sultan Abdülaziz. To ease the passage from the coastline to the hillside, the Asansör is 55 meters long and still dominates İzmir's skyline and is considered one of the architectural riches of the city.

The building has served the city in various capacities, including as a theater, casino and even storage for tobacco, and it is currently a site of entertainment as well as an elevator. However, historian Siren Bora, who is known for her academic studies and books on the Karataş quarter, said that the historical building should be converted into a museum. Speaking to Anadolu Agency (AA), Bora said that the elevator, which has two cabins, was built by Levi in order to enable the elderly members of the Jewish community who lived on the coastline to travel to the synagogue located on the hillside. Bora said there are various claims about the reason behind the Asansör's construction, but she said the story that is circulating on the Internet about Levi building the elevator for his neighbor who broke his knee is not true. She said that the elevator, which was later connected to electricity following restoration, was used by locals as an alternative to the 155-step stairs. 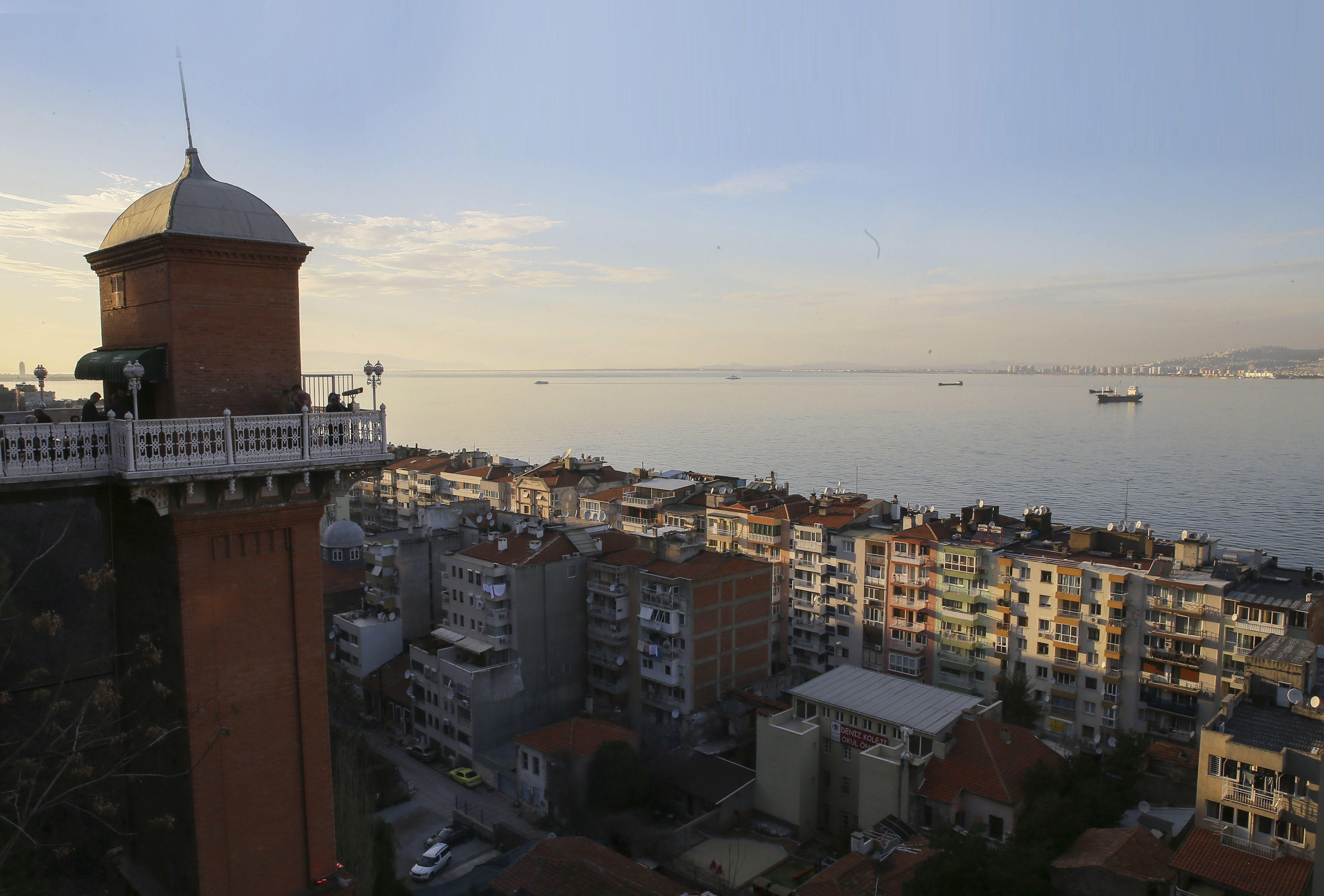 The historical building's ownership changed many times after 1926 and the upper and lower parts of the Asansör were used for different purposes. Bora said that various parts of the building were used as cinema hall, theater, photograph studio and casino, but all these activities stopped once Şerif Remzi Reyent bought the building in 1942.

It was only partly used until it was assigned to the İzmir Metropolitan Municipality in 1983. Following restoration in 1985, the building was permanently opened for public use. The municipality replaced the old water operated elevator system was replaced by an electrical system in 1985. It went under a comprehensive restoration in 1992 while Dario Moreno Street was renewed and introduced as a tourist attraction.

Bora said that the Asansör, which is called "Dokuz Eylül Asansör" (Sept. 9 Elevator) in one document from 1925 is still used by locals to reach to neighborhoods on the hillside and the historical building is among the most important structures in İzmir architecturally, culturally and artistically. Bora said that the historical building emphasizes the multi-cultural identity of İzmir and this structure should be preserved as a cultural value. "This building can be used partly as a museum and entertainment area," Bora said. "I believe that turning the building into a museum will probably prevent losing one of the most important cultural buildings in İzmir. It is possible to search for unique and original objects belonging to the Jewish community who live in the neighborhood and display them in the museum. We might be able to present and display the multi-cultural and multi-religious history of İzmir by exhibiting objects belonging to the Jewish, Armenian and Greek communities in the city."
RELATED TOPICS