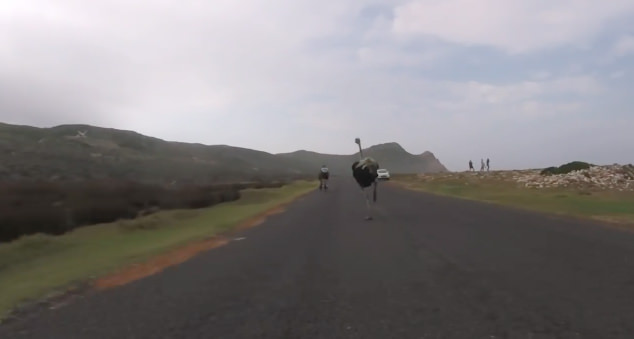 International cyclists came across an interesting moment as they were preparing for the Cape Town Cycling Tour in South Africa.

Two cyclists, among which was cyclist Oleksiy Mishchenko from Switzerland, were chased by an ostrich, running at nearly 70 kilometers per hour.

The birds, which can be up to 2.5 meters in height and weigh nearly 100 kilograms, are also the fastest running birds.

"It was running at about 50 km/h and could have gone up to 70 km/h easily," Mishchenko reportedly said, adding that they were at first frightened of the ostrich chasing them, Turkish NTV broadcaster reported.
Last Update: Mar 08, 2016 10:20 pm
RELATED TOPICS