Famous Turkish bard commemorated with memories of his fellow countrymen 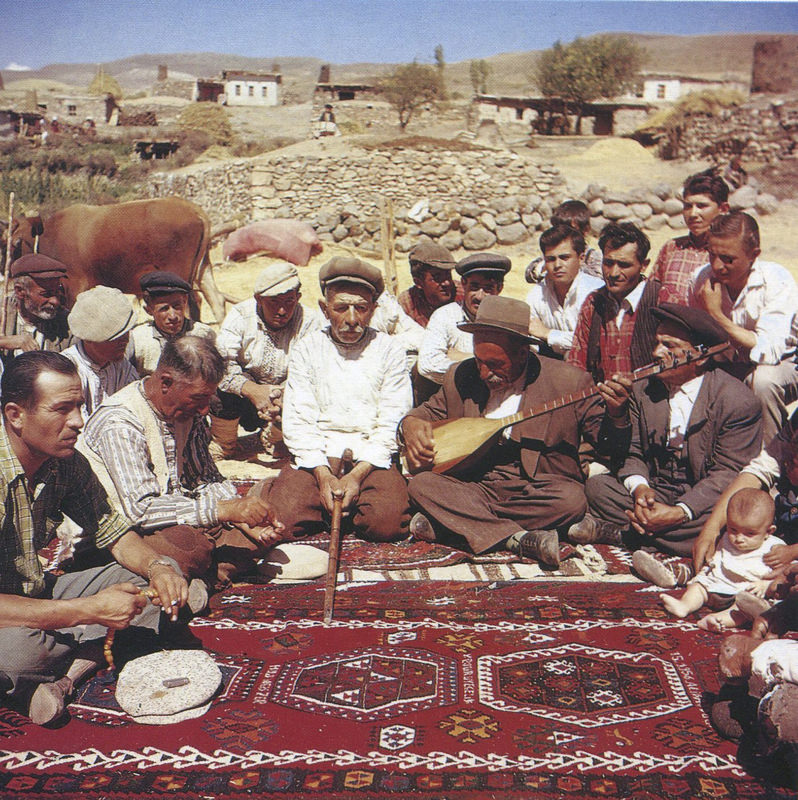 The highly regarded Turkish folk poet, Aşık Veysel Şatıroğlu, is commemorated on the 43rd anniversary of his death. Those who knew him remember the bard fondly and share their stories about him

Aşık Veysel Şatıroğlu, simply known as Aşık Veysel, who was a bard, poet, songwriter and bağlama virtuoso, passed away on March 21, 1973. One of the most important figures of Turkish folk literature and music, Aşık Veysel is commemorated on the 43rd anniversary of his death by his loved ones and those who love and hold his works dear. Aşık Veysel's relative Mustafa Çam, 57, and his neighbors, İbrahim and Rıza Öner, talked about the late Turkish bard and shared memories of him with an Anadolu Agency (AA) correspondent. The head of the village of Sivrialan where Aşık Veysel was born and lived, Mustafa Çam, said that he remembers Aşık Veysel sitting on a chair in front of the grocery store in the village.

"He had a chair there. He used to sit on his chair and smoke his pipe." Çam said that he had known Aşık Veysel since his childhood, and he never though he would be appreciated as one of the greatest poets of Turkish folk literature. "There was a lot of mud on the streets of our village, but Veysel was the only one who managed not to get mud on his shoes. I was very intrigued by this. He lost his eyesight, but he could see the world around him with the eyes of his heart," Çam said. He added that Veysel used to spend most of his time in the apple fields. "When he returned from the city, he played his saz to get everybody in the village around him. After he turned 40, he only sang his own songs. He chatted with the villagers. He depicted the tulips and hyacinth better than anyone in his songs. Although our eyes could see these things, we cannot depict them as Veysel did."

İbrahim Özer, of Aşık Veysel's next-door neighbor, said that he had known Veysel since he was eight years old. "He was an excellent human being. He was the one who thought about the importance of unity and being good neighbors. He used to have a beautiful garden," Özer remembered. He said that Veysel always emphasized the importance of helping one another and continued: "I remembered that he fixed his shoes by himself. Everybody was amazed by his ability. He put the strings on his saz himself, and he did not put the saz back on the ground without kissing it first. He kissed his saz, put it next to him and rested after he played for a while. He polished his saz and tuned it by himself. He walked with a stick, but while walking in familiar places, he would put the stick under his arm and light a cigarette. He loved his children and spent most of his time with his son Ahmet Şatıroğlu. Veysel always wore clean clothes. I heard that he passed away on TV. I was devastated."

Veysel's other neighbor, Rıza Öner, on the other hand, said that the governors held Veysel dear and visited him all the time. He said that Veysel had a peaceful philosophy and added: "He had a humble personality; he was tolerant and forgiving. He loved children and paid great attention to make sure that he didn't break anybody's heart. When the district governor came to visit him, they asked him to play his saz a little bit. His funeral was huge. It was very crowded."