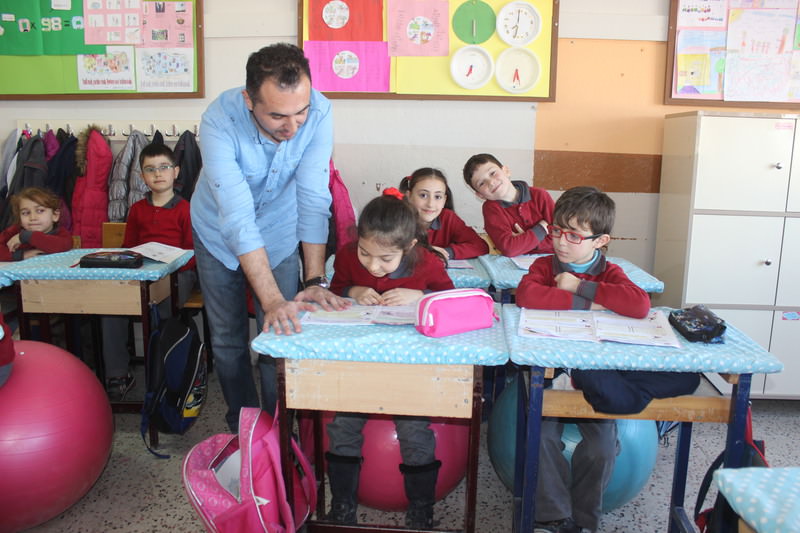 To help students with attention deficit disorder (ADD) and hyperactivity, a local school in the northern province of Sinop has replaced their chairs with Pilates balance balls. Emre Gülcan, a teacher at the school, said such students cannot concentrate on listening to lessons for hours without moving, and they divert their attention to other things around them.

After consulting child psychologists, the school has initiated the new practice especially for students with ADD. "I have observed some changes with this practice. Their handwriting is better, as they need to sit upright while sitting on the balls, and it requires attention and muscle force to a certain extent. The practice also helps them to avoid frequently standing up or walking around the classroom," Gülcan said, adding that the practice has also lowered absences and classes are run more effectively. The school has communicated with parents about the practice and conducted field visits to other schools where Pilates balls are used instead of chairs.

Due to the success of the practice, the school administration will extend the practice to all classes next year. Olgun Şensoy, the head of the district department of national education, said they have seen the positive effects of students using the Pilates balls in class, notably on their concentration levels. Additionally, a study by the Mayo Clinic in Rochester, New York, demonstrated the benefits of a chairless classroom. Researchers found that the ability to move around more while sitting made the students who were part of their study more attentive. Students using ball chairs can also sit still, focus and write more words clearly, according to another study published in the American Journal of Occupational Therapy.