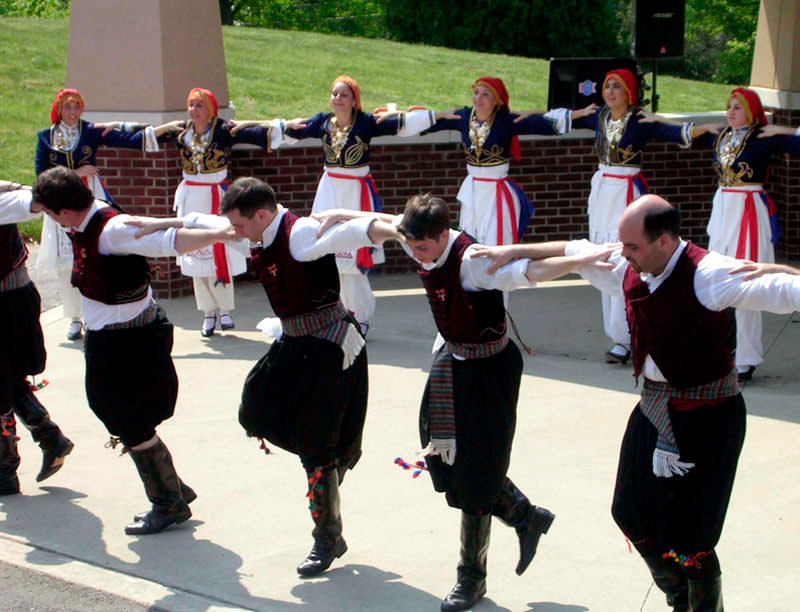 The endless rivalry between Turkish and Greek cultural traits has a very long history and the shared culture, especially folk dances like Sirtaki and Zeibekiko, reveal how the two people have influenced each other under different names but the same stories

What do Turkish and Greek cultures have in common and how do they differ? While Greeks claim baklava as their own, Turks say the exact opposite. What about those mouthwatering, stuffed grape leaves? Regardless of the debate, it is certain that both countries have been greatly influenced by Mediterranean culture for centuries and their paths have crossed many times throughout history. However, the old Turkish-Greek dyad has so many topics that are still brought up for discussion: and dance is merely one of them.

In Istanbul, the popularity of Greek dance has never faded out; particularly among Turkish women. When Turks refer to Greek dance, the focus is not on traditional Greek folk dances like Kalamatianos, Ballos, Zonaradikos, Ikariotikos or Pentozali - all quite well-known in Greece -- but rather Sirtaki, which is a mixture of slow and fast versions of Hasapiko (The Butcher's Dance). With origins stretching back to the Byzantine days, this dance was adopted by the butchers' guild in Constantinople and maintained popularity into the early 1900s, mostly among the butchers who resided in Istanbul's Balat and Fener quarters in a primarily non-Muslim community. Today, Hasapiko - a word derived from the Turkish word "kasap" - is a widely recognized form of folk dance across the country, which Turks refer to as Kasap havası.

Bahattin Bayburan, founder and trainer at FasaFisa Dance School based in Istanbul, told Daily Sabah that "The interest in common Turkish and Greek dances; mostly Hasapiko and Tsifteteli, has never fizzled out." "Greek citizens that had to leave Turkey during the 1923 population exchange brought these dances to Greece, where they are still a form of entertainment, performed at various social venues. In Turkey, Greek taverns offer visitors a chance to watch Turkish people dancing Sirtaki," he said, adding that even the names of some cultural references in Turkish and Greek have similarities. "We share similar pronunciations of certain names. We refer to a yogurt sauce as 'cacık' while Greeks call it 'tzatziki.' You can observe the same similarities in dance names. Add the suffix 'iko' to the ends of some dance names such as hasapiko and find its Greek name. Also, they refer to one dance as Zeibekiko, while we call it Zeybek dance. Another example is the Çiftetelli dance, which Greeks call Tsifteteli Turkiko, directly referring to Turks," Bayburan went on to say. 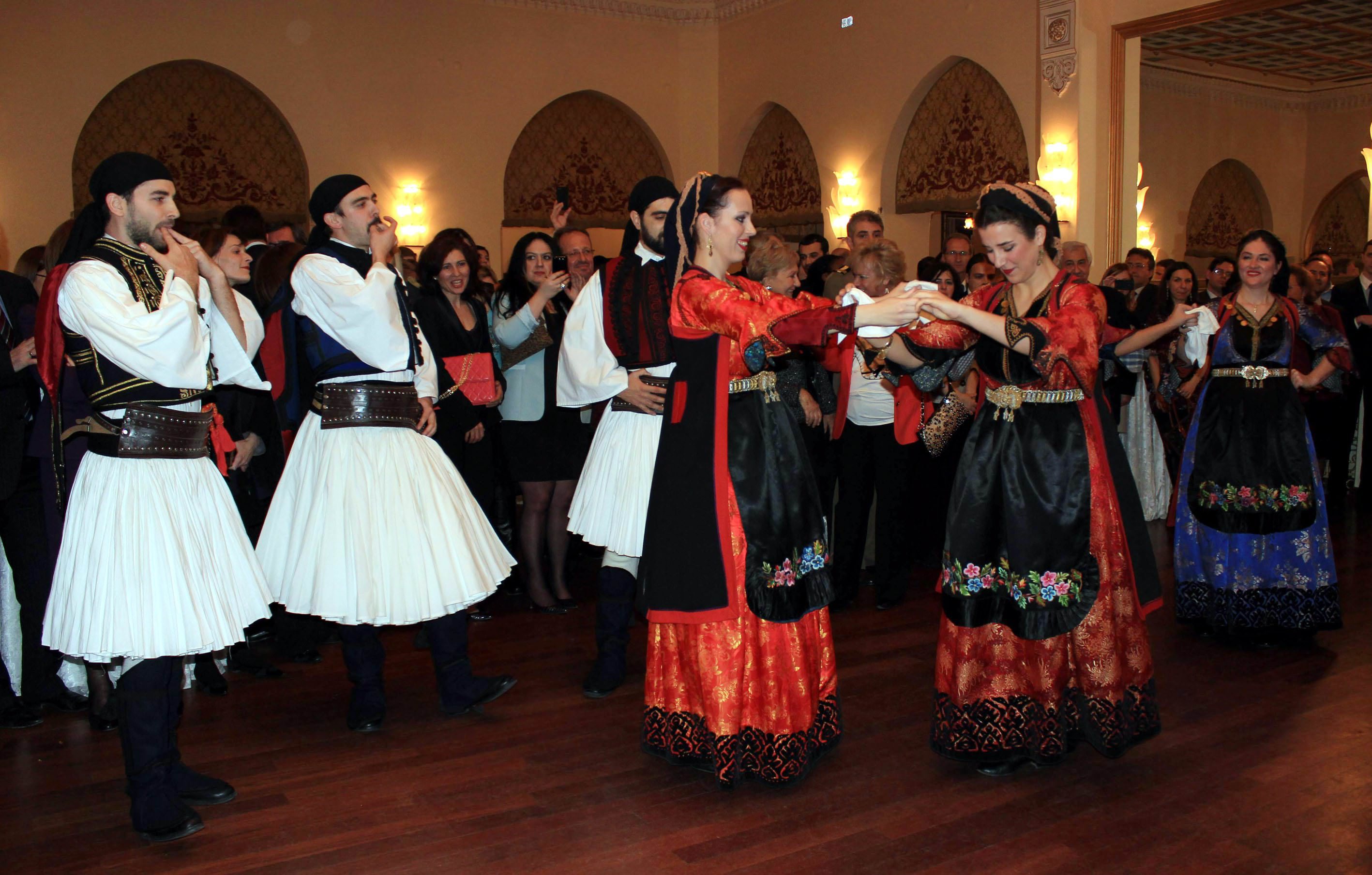 Clarifying a common cultural misunderstanding, Bayburan said that there are still many people who are unaware of the origin of 'Sirtaki' dance; most importantly, how it took its name. "You probably remember the dance of Anthony Quinn, the lead actor in 'Zorba the Greek,' in 1964. The dance he performed was Hasapiko. He first took it slow, with Argo Hasapiko, and then sped up to Hasaposerviko. At that time, the world war had recently ended and people had just begun to return to the world of entertainment. No one referred to this dance, which drew great interest, as Hasapiko. What they remembered was the music [composed by Giorgos Provias] that gave its name to the dance," Bayburan further stated. He also said that "Istanbul Hasapiko" is the first known recording of Sirtaki music. It is herein interesting to remember the Ottoman virtuoso in tambur, Tamburi Cemil Bey's composition "Nikriz Sirto," which sounds similar to Sirtaki.

Bayburan went on to say that there are similar examples of this in modern society; namely, "Gangnam Style," a dance form which took the world by storm in recent years. "If I ask you what type of dance you watched in the song's video, you would probably say, 'Gangnam Style.' The dance form has no name and generally the music is what gives its name. In the past, the same practice was applied for the Lambada and the Macerana," he went on to say.

For Bayburan and his wife Nurşen Bayburan, dance was merely a leisure activity at first, which later inspired them to become volunteer dance trainers at a sports club in 2006. At that time, the couple also gave free dance lessons to homeless children at a local children's home run by the Istanbul Governorate. The more they engaged in dance the more offers they received; leaving them with no choice but to decide to make their hobby a part of their daily life. "We decided to work in a profession that would make us happy and founded the dance school," he said.

When it comes to trainees at FasaFisa, they come from all ages, but mostly consist of well-educated people over 35. "As in all social activities, women show more interest to our classes," Bayburan said. "At the school, trainees learn 35 dance styles including two main ones - Sirtaki and Zeibekiko. Among the dance styles the trainers show, Harmandalı, Çökertme, Roma, and Tsifteteli are the most-well known. "We also teach more enjoyable but lesser-known dance styles like Abdaliko, Payduşka and Tatavla," Bayburan said. Trainees attend the classes once a week and take one-and-a-half-hour sessions. The couple, as trainers, have also gone a step further, creating their own Sirtaki styles under different names. "We call the dance style that we taught at the very beginning, 'Classical Sirtaki.' Later, we came up with new figures and inspirations and gave them different names like 'Modern Sirtaki,' 'Athens Sirtaki' and 'Istanbul Sirtaki'," Bayburan said, stressing that dance will remain a common value between Greeks and Turks.