by Anadolu Agency Apr 04, 2016 12:00 am
Referred to as the first mechanical engineer to work and produce cybernetic and robotics in history, 12th century scientist Ismail al-Jazari comes to life in new re-designed devices in the 21st century. 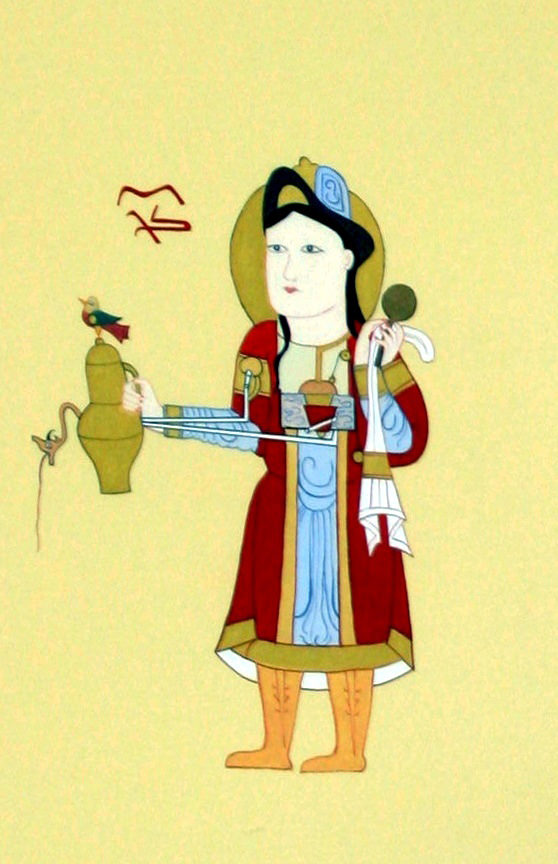 Mechanical engineer Durmuş Çalışkan compiled al-Jazari's sketches in his book "Magnificent Machines of al-Jazari" and is currently building machines and devices from al-Jazari's sketches at his workshop. Speaking to Anadolu Agency, Çalışkan said, "European professors claim that al-Jazari had only four inventions; however, my study revealed at least 44 devices invented by him." In his book, Çalışkan converted al-Jazari's technical sketches into more modern sketches and translated his footnotes in a way that a modern reader can understand. "We calculated the sketches and built models, proving that the devices are not fiction. We use the exact materials that al-Jazari referred to in his manuscripts," added Çaşlışkan.

Babil.com managing director Mehmed Ali Çalışkan said, "We will display the devices that Çalışkan produces in his workshop across the world as well as in Turkey. We are currently working on establishing 'the al-Jazari Museum' so that we can permanently put the machines and devices that were built according to al-Jazari's sketches." Ismail al-Jazari lived in modern day Diyarbakır, which was then a part of the Mardin branch of the Artuqids, who ruled across eastern Anatolia as vassals of the Zengid Mosul dynasty and later of the Ayyubid general Saladdin. The Muslim scientist can be characterized as an early mechanical engineer who earned his fame with his book "The Book of Knowledge of Ingenious Mechanical Devices," which he wrote upon the request of the Artuqids Sultan Nasiruddin Mahmud. He also served as chief engineer at the Artuqid Palace.
RELATED TOPICS