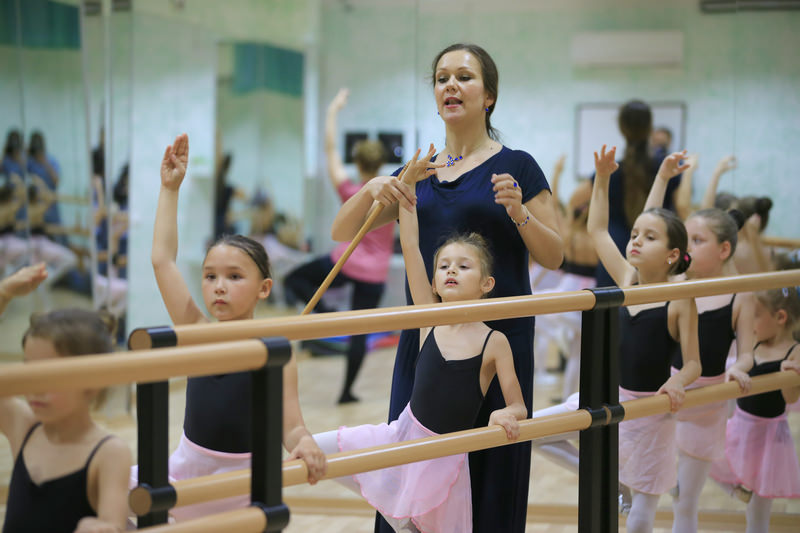 by Anadolu Agency Apr 22, 2016 12:00 am
Turkish and Russian-Turkish children are attending ballet classes as they prepare for a performance at EXPO 2016 Antalya, which officially kicked off today. Under the supervision of the Russian Art and Culture Association, the young ballerinas trained with senior dancers in Antalya's Alanya, Manavgat, Kemer districts as well as at the city center. The nearly 100 ballerinas, aged from three to 13, will perform accompanied with traditional Turkish and Russian melodies as well as classical music.

Although Russia is not listed among the expo countries, around 400 Russian-Turkish families are expected to come to the expo venue. İrina Balcı, the Chairwoman of the Russian Art and Culture Association, said, "Children are representatives of Russian-Turkish friendship. What we are doing is establishing brotherhood between the two countries." Noting that dozens of Turkish-Russian families live in Antalya, Balcı said the dance performance will give a message of peace. Five dance schools are participating in the performances, with 20 children taking stage as singers. The dance group will first perform in Antalya Municipality's "Güneş Çocukları Festivali" (Children of the Sun Festival) on April 24. Then on June 5, they will be on the EXPO 2016 stage.

Olesya Deniz, one of the trainers, said that they are working hard to participate in the cultural events in Antalya. "We are very excited to take part in such a big event. Our costumes are being prepared and we are getting ready for the stage," Deniz said, adding that the children will perform not only with classical music, but also with Turkish and Russian music.

More than eight million visitors are expected to attend EXPO 2016 Antalya, which will run until Oct. 30 with the theme "Flowers and Children." The expo venue will host national and international concerts, symposia, dance performances, musicals, theaters, workshops, street entertainment and Ramadan events. Of the 120 different plant species, 125,000 trees were planted in Antalya's Aksu district at the expo venue and more than 50 countries are participating in the event.
Last Update: Apr 22, 2016 1:07 am
RELATED TOPICS