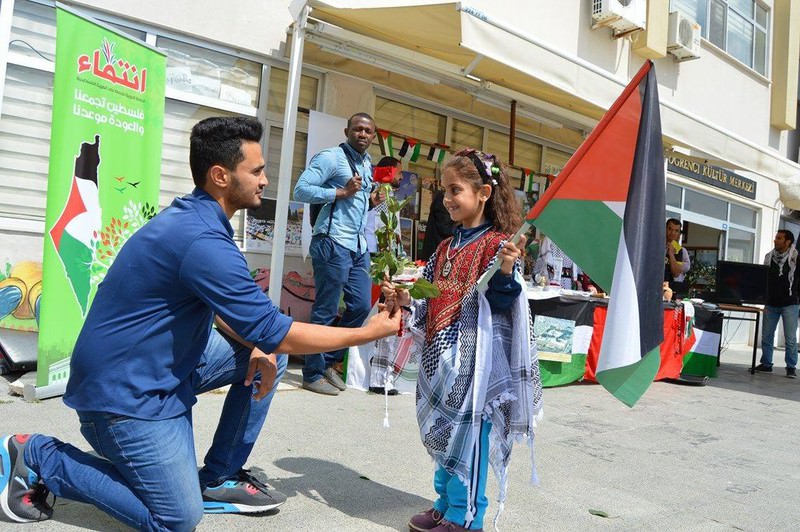 Arab groups have launched a campaign to thank Turkey for its humanitarian efforts in the region, particularly Turkey's assistance for Syrian refugees both home and abroad in countries like Canada. Led by the Arab Academic League, groups met on Friday in Istanbul to launch the "Thanks Turkey" campaign with a three-day festival that include art exhibitions, music recitals, seminars and academic conferences. The festival's Istanbul leg took place this weekend, with related cultural events continuing at different universities around Turkey.

"We feel indebted to the Turkish people and the government for their assistance in our current troubles," said spokesman Hamid Ahmar. He highlighted Turkey's welcoming of more than 2.7 million Syrian refugees and sponsorship for development and education programs across the Muslim world, claiming them to be examples of Turkey's benevolence towards Arabs. This "unprecedented help" is being led by the Turkish Cooperation and Coordination Agency (TİKA), an agency of the Prime Ministry. TİKA works in 140 countries and spends nearly $3.5 billion a year.

The agency provides safe water to around 3 million people across Africa, as well as running cultural restoration and infrastructure projects in the Balkans, the Middle East and Central Asia. The "Thanks Turkey" campaign issued a statement calling for Muslim states to stand with Turkey against current threats, including the economic sanctions imposed by Russia. Ahmar said Muslim countries should initiate strategic cooperation in line with the agreements made at the Organization of Islamic Cooperation (OIC) summit in Istanbul last week, where Muslim leaders agreed to form contact groups to focus on specific issues such as the Syrian civil war and the Palestine-Israel problem."We have huge troubles," Deputy Prime Minister Yalçın Akdoğan said on Friday. "We did not create them but we need to solve them in solidarity with each other." He said Turkey would continue to help Iraqis fleeing DAESH, establish hospitals in Sudan and Gaza, and dig water wells in Somalia and Ethiopia. Khaled Mashal, political leader of Hamas, praised Turkey's approach to the Muslim world. "While huge countries did not accept refugees, Turkey accepts and hosts them," Mashal said in a statement.