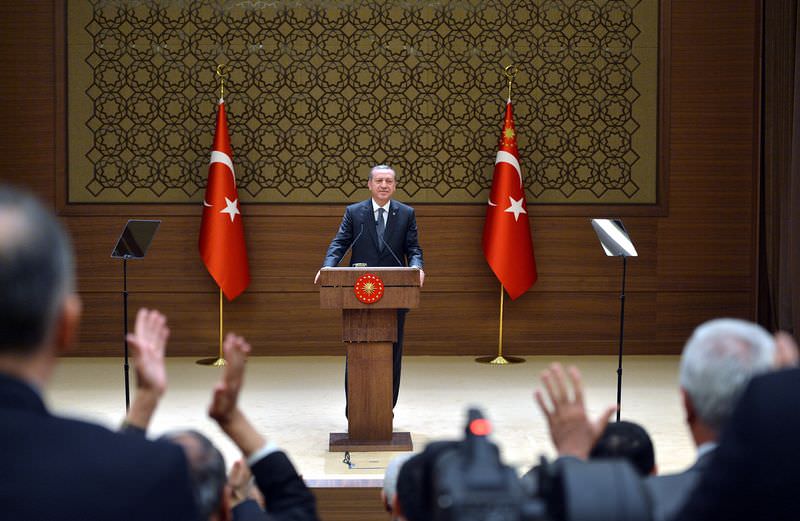 | AA Photo
by Daily Sabah Apr 27, 2016 12:00 am
How many times have you seen the president of your country in your dream? If so, do you know what it may symbolize? According to monthly data compiled by Google Search Trends in April, Turkish users searched for the meaning of "seeing a president" in their dreams first among all dream interpretation searches, meaning President Recep Tayyip Erdoğan is one the most dreamed about figures in the country.

Google's Turkey office released its report for April that revealed that "president," "snow," "fish," "sea" and "chestnut" are the most widely searched terms in the category of "We've asked Google about our dreams."

Google Trends statistics indicated there was also an increase in the number of searches regarding the interpretation of seeing a president in one's dream since 2014. According to the data, residents in the cities of Diyarbakır, Ankara, Adana, Istanbul and Antalya have searched these keywords the most.

According to online dream interpretations, seeing the president of your native country symbolizes authority and power along with a respectable life. A president may also reflect an important decision you are about to make. It is also said if you dream that you are the president or that you are running for president, you will have quick success in your current short-term goals and plans.
Last Update: Apr 27, 2016 2:20 pm
RELATED TOPICS