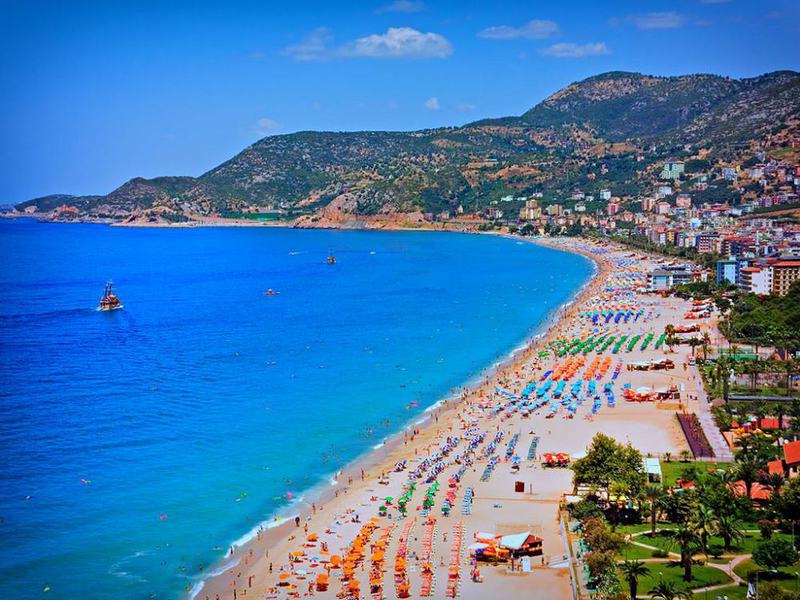 The Blue Flag International Jury announced its 2016 awards last week with Turkey holding on to its world ranking, housing the second highest number of Blue Flag beaches with the addition of two beaches - Fener Beach and Sheraton Grand Samsun Hotel Beach - in the northern Black Sea city of Samsun. After Spain, which has 588 Blue Flag beaches, Turkey has 444 Blue Flag beaches, ranking second among 50 countries.

The Foundation for Environmental Education for Turkey (TÜRÇEV) is coordinating the Blue Flag Beach Program in Turkey and 21 marinas have also received Blue Flag titles this year.

Stressing the importance of Blue Flag beaches for the tourism industry, Samsun Metropolitan Mayor Yusuf Ziya Yılmaz said that Blue Flag beaches are a positive force for a city's tourism potential. The Blue Flag program was initiated in 1987 at an international level, and Turkey joined the program in 1993. Among the participating countries, more than 3,500 beaches and 682 marinas have Blue Flags, according to the latest numbers. Turkey had 383 Blue Flag beaches in 2014. The coastal city of Antalya has the most blue flag beaches with 201 followed by Muğla with 100 and İzmir with 47.

"Blue Flag" is an exclusive eco-label awarded by the Copenhagen-based Foundation for Environmental Education (FEE) to beaches and marinas that meet certain criteria such as water quality, environmental education and information, environmental management, and safety.

TÜRÇEV stated that seawater analyses are conducted every 15 days in the seasonal period. To fully comply with Blue Flag criteria, lifeguards must be present at the beaches, while swimming and water sports areas are separated from each other. All Blue Flags are awarded one season at a time. If the criteria are not fulfilled during the season or the conditions change, the Blue Flag may be withdrawn.