New global temperature record set in April, 2016 likely to be hottest year yet 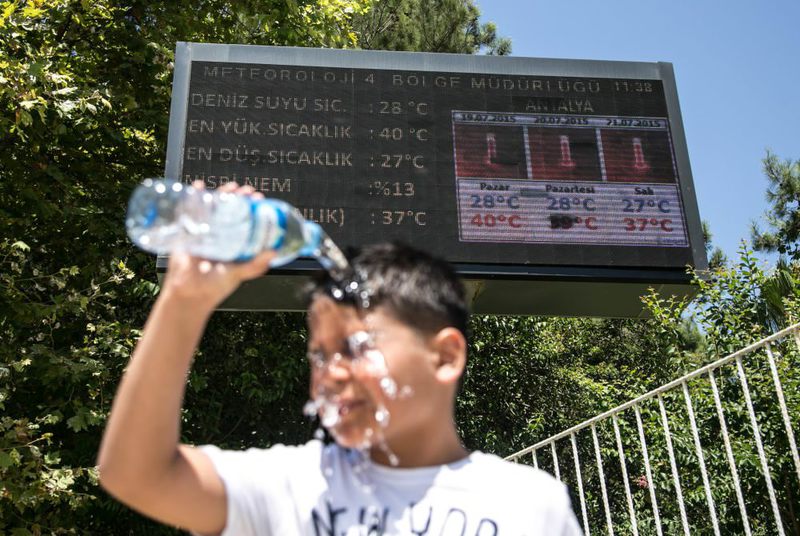 by Daily Sabah May 17, 2016 12:00 am
Temperature records continue to be broken this year as April 2016 marked the hottest April in modern history, according to the latest figures from NASA. According to a report from The Guardian, "Figures released by NASA over the weekend show the global temperature of land and sea was 1.11 C warmer in April than the average temperature for April during the period from 1951-1980." Gavin Schmidt, a climatologist at CASA, released the latest figures on his Twitter account, saying, "With the April update, there is still a more than 99 percent chance that this will be a new record."

The current scene shows that 2016 looks to be the hottest year on record. Schmidt previously shared his projection regarding the highest annual temperature on record with his tweet, "Too soon? I estimate a greater than 99-percent chance of an annual record in 2016 in @NASAGISS temperature data, based on the period of January to March alone."

It is now the seventh consecutive month that temperatures have risen at least 1 degree Celicius above the 1951-1980 average. In January, the National Oceanic and Atmospheric Administration (NOAA) and NASA announced that 2015 was, by far, the hottest year on record in 136 years. For the most part, scientists at the agencies blamed man-made global warming and El Nino. Namely, the El Nino climate cycle has increased the temperature in the Pacific Ocean, resulting in reduced rainfall across Africa. A report from the World Bank also indicated that poor countries are more likely to suffer from climate-related natural disasters compared to countries with average incomes; another effect of climate change.

Temperatures were also on the rise in the world's waters, with the highest global ocean temperature since 1880 being set in March and beating the previous record set one year before. The results are a growing cause for concern because the pace of global warming is accelerating rapidly. In April, 175 countries signed the Paris Agreement on climate change to take speedy and appropriate actions to protect against the threat of global warming, rising seas and other impacts of climate change. Under the agreement, countries set their own targets for reducing the emission of carbon dioxide and other greenhouse gases. The targets are not legally binding but countries must update them every five years.
RELATED TOPICS