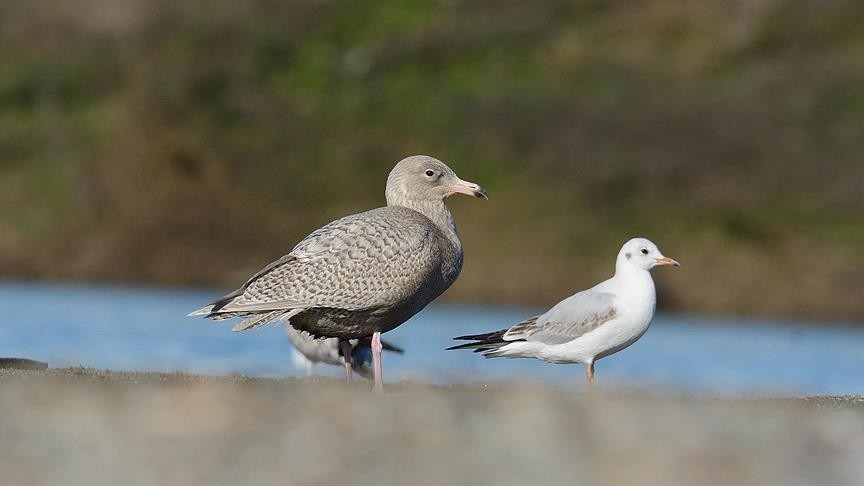 by Anadolu Agency May 23, 2016 12:00 am
More than 1 billion birds are gone from the landscape of North America and about a third of the remaining population is threatened with extinction, according to a new report.

The report - the first ever State of North America's Birds - was released Wednesday partly to coincide with the 100th anniversary of the 1916 Migratory Bird Convention between Canada and the United States.

"The estimate is we've lost at least a billion birds from North America," Steve Price, president of Bird Studies Canada, told the Canadian Broadcasting Corporation, "[and] the trend lines are continuing down."

Price's organization is one of the participants behind the North American Bird Initiative that compiled the report.

The report found that of 1,154 bird species that populate and migrate in the three North American countries, 432 are in low numbers or in decline.

"They have to be turned around or will fall below a threshold where they can be recovered," Price said.

Coastal and ocean birds represent half the threat of extinction and are of "high concern," he said.

Ocean birds such as northern gannets and tropical and sub-tropical birds are threatened - birds that may breed in Canada and the U.S. but winter in Mexico.

The report found that many grassland birds live in the area running from Canada's prairies south to Mexico's Chihuahuan grasslands-nearly 70 percent of those birds have disappeared since 1970.

"It's our North American Serengeti," Price told the CBC, Canada's national broadcaster. "We have so many endangered birds or birds in decline because we really have dissected and divided the grasslands and prairies.

But there was some good news buried in the bad. Waterfowl such as wood ducks and canvasbacks, along with birds of prey like the osprey, are increasing in population from previous lows.

The report said that was due to better wetland protection, hunting restrictions and the ban on pesticides like DDT.

"It is surprising that trend still continues to improve," Price said. He added that if those species can grow in population, it offers hope for other species.

The report, which can be accessed online at stateofthebirds.org<\#60>http://stateofthebirds.org/<\#62>, made many recommendations, including that governments "implement science-based conservation policies and programs that benefit birds and people."
RELATED TOPICS