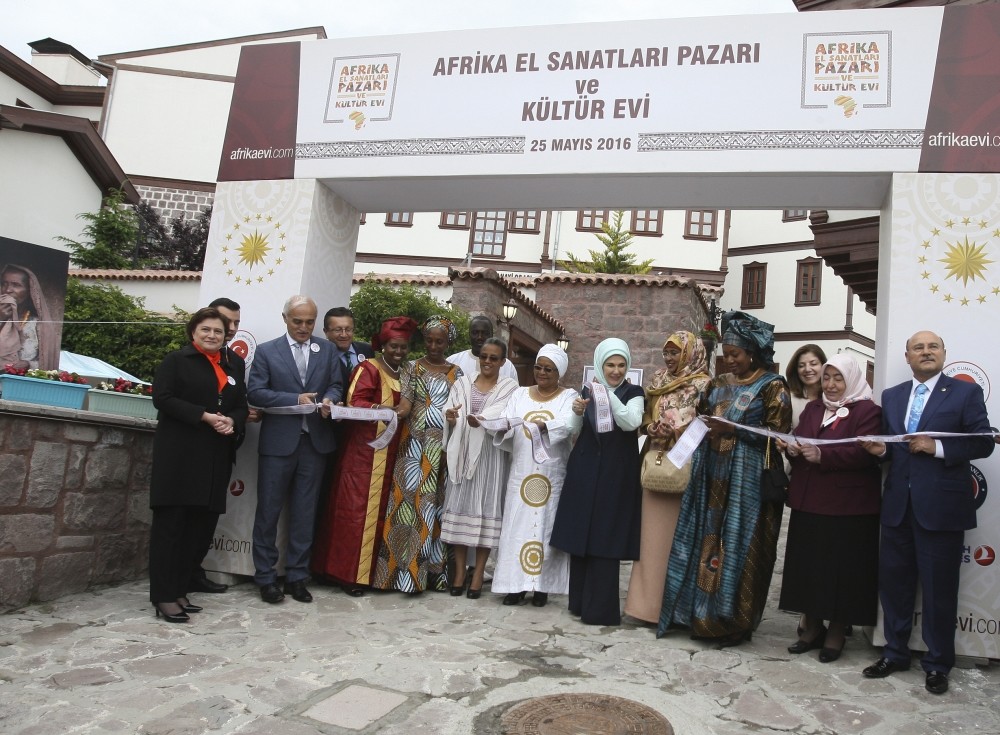 First lady Emine Erdoğan attended the inauguration of the African Handicraft Market and Culture House in Ankara, which aims to aid African women

With efforts to contribute to aid for and the incomes of African women, the African Handicraft Market and Culture House opened in Ankara on Wednesday under the patronage of first lady Emine Erdoğan. As Turkey organizes activities for specific aspects of its Africa partnership policy to raise awareness and develop relations with African countries, the African Handicrafts Market and Culture House was also inaugurated on the occasion of the foundation of the African Union on May 25, which is celebrated as Africa Day. Addressing a large crowd at the ceremony, Erdoğan said women and children are the ones who face the greatest difficulties in times of crisis and scarcity. Explaining that African women's handicrafts are bought at very low prices and sold around the world, and especially in the West at much higher prices, Erdoğan pledged to end the exploitation of these women's work. 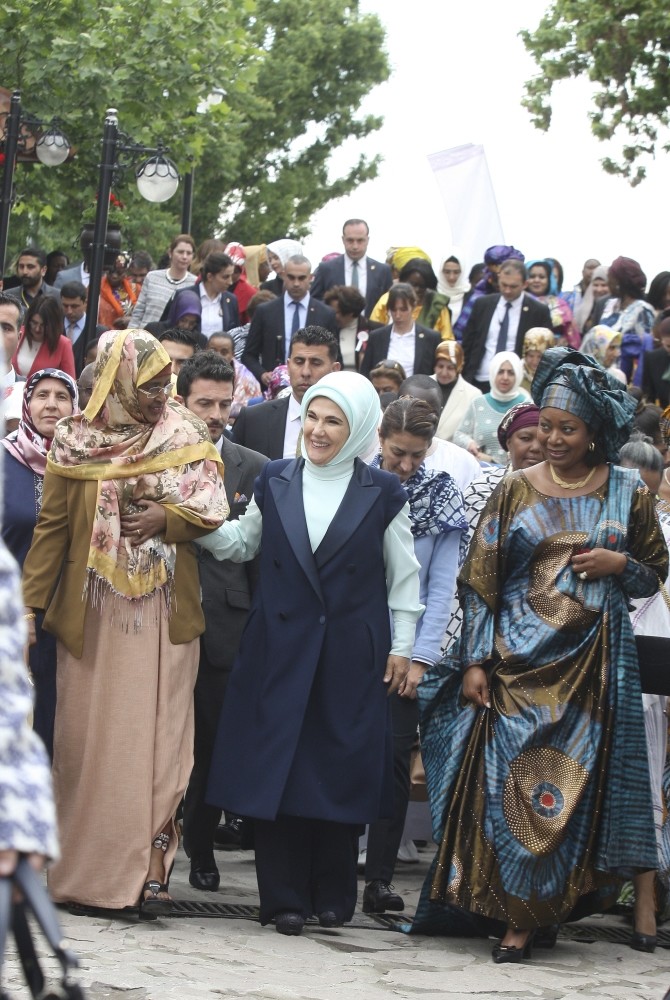 Turkey's support is regarded as exemplary to the socio-economic development efforts of African peoples through its contributions. In this respect, Emine Erdoğan said the income from the market will be transferred to African women through the Foreign Ministry and nongovernmental organizations. (Photo by Ali Ekeyılmaz)

The ceremony began with an advertising clip of the project for the large number of attendees that included state officials, diplomats from countries such as Uganda, Nigeria and Ethiopia as well as other attendees, including Prime Minister Binali Yıldırım's wife Semiha Yıldırım, Turkish International Cooperation and Development Agency (TİKA) head Serdar Çam and Directorate of Turks and Expat Communities Abroad (YTB) President Kudret Bülbül. The project is described to be in harmony with the African Union's "Agenda 2063" targets to empower women and youth in Africa. Turkey's support is regarded exemplary to the socio-economic development efforts of African people through its contributions. In this respect, Erdoğan also said that the income from the market will be transferred to African women through the Foreign Ministry and nongovernmental organizations. Erdoğan said: "We hope the culture house will allow sharing of different cultures and becomes the center of meetings. It will also host national day events, provide tastes of different cuisines, and display different clothing styles of countries." 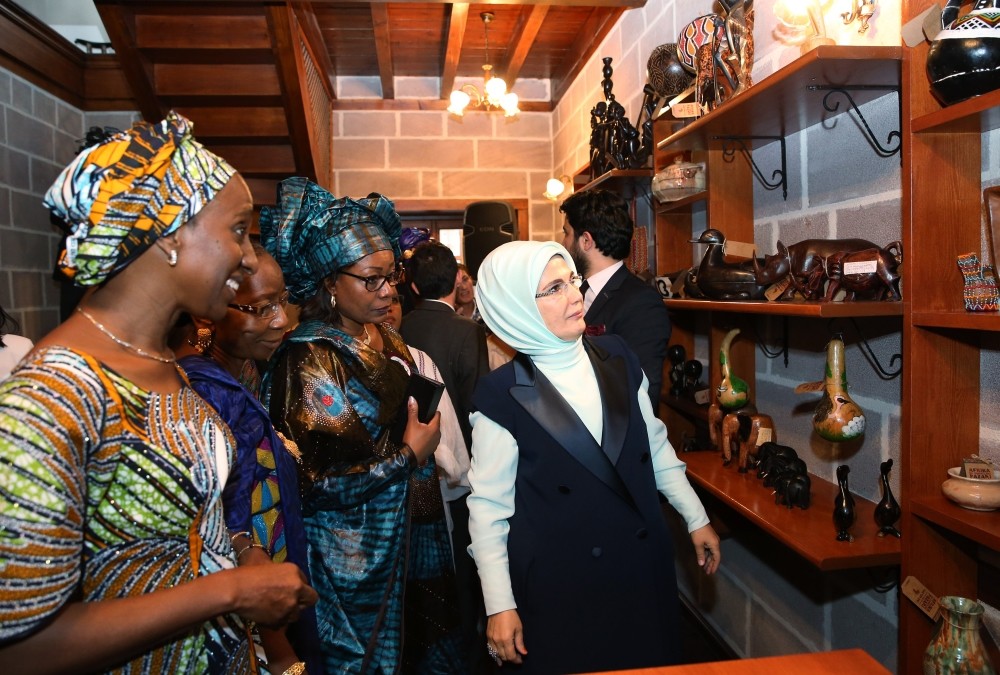 The Foreign Ministry also published a statement Wednesday on the opening and said: "Turkey will continue to share its development experience with the continent within the framework of the principle of 'African solutions to African problems' and enhance its relations on the basis of mutual benefit." The center will include handicrafts from various African countries are sold to benefit of African women and also includes the establishment of the Africa Library with the same goals to convene Afrocentric social and cultural activities.
Last Update: May 26, 2016 1:05 pm
RELATED TOPICS