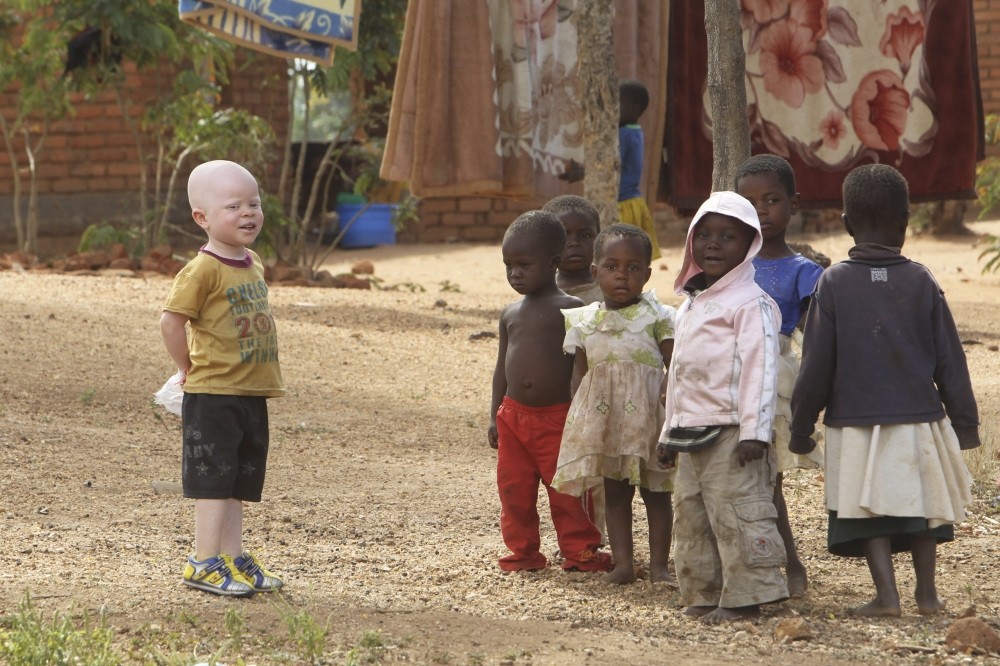 According to traditional belief, the bones of people with albinism contain gold. Their body parts are used as charms and magical potions in the belief that they bring wealth and good luck.
by French Press Agency - AFP Jun 08, 2016 12:00 am
Albinos in Malawi are being targeted in an "unprecedented wave of brutal attacks,"Amnesty International said Tuesday in a report that blames police for failing to tackle a scourge fueled by ritual practices.

At least 18 people with albinism - a hereditary condition that causes an absence of pigmentation in the skin - have been killed across Malawi since November 2014. Five are still missing after being abducted, the London-based rights group said.

The actual number of people killed may be much higher, Amnesty noted, as many cases go unreported due to the secretive nature of ritual practices in rural areas.

The report titled "We are not animals to be hunted or sold" painted a chilling picture of killings and fear, with the body parts of victims, including children, routinely hacked for use in witchcraft. "Malawian authorities have dismally failed them, leaving this population group at the mercy of criminal gangs who hunt them down for their body parts," said Deprose Muchena, Amnesty International's director for Southern Africa.

The report said their body parts were used as "charms and magical potions in the belief that they bring wealth and good luck." "The macabre trade is also fueled by a belief that bones of people with albinism contain gold."

Malawi police said they had recorded at least 69 crimes against people with albinism since November 2014, and some 39 cases of illegal exhumation of the bodies of people with the condition. Amnesty documented several cases, including that of a 17-year-old boy, who was abducted and trafficked to Mozambique in April where he was killed. Both his arms and legs were chopped off and his bones removed. The attacks and discrimination have sown terror among the 7,000-10,000 Malawians living with albinism. Amnesty called on the government of Malawi to take measures to ensure their protection, including improving policing in rural areas. The slaughter of albinos is also prevalent in Tanzania and Mozambique.
RELATED TOPICS