Traditional Turkish plays to be staged during Ramadan 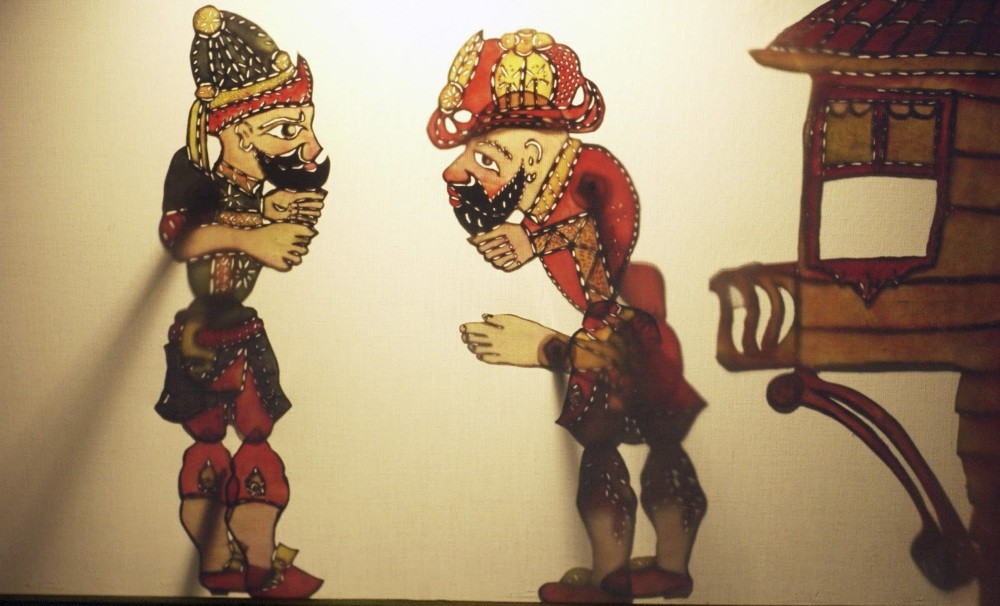 u201cKaragu00f6z and Hacivatu201d shadow plays are one of the sources for traditional Turkish theater along with orta oyunu, improvisation theater and storytelling.
by Daily Sabah Jun 08, 2016 12:00 am

Explaining that he found a source in Ayvalık that could revive traditional theater, Yanılmaz said: "If I can operationalize this source by strengthening it here, meaning that if we can perform this play within a form, we will be able to re-foster traditional theater and this branch of theater will never die out."

As one of the source figures of traditional Turkish theater including orta oyunu, improvisation theater, storytelling (meddahlık) and "Karagöz and Hacivat" shadow plays, Yanılmaz continues his projects at Sanat Fabrikası (Art Factory) as part of the Ayvalık Culture and Art Association.

Speaking to Anadolu Agency (AA), Yanılmaz described improvisational theater is a branch of theater that originated from traditional orta oyunu performances on a stage by incorporating with Western theater. Yanılmaz said: "We have a project related to the improvisation branch of traditional theater in the Ayvalık Art Factory. We perform an improvised play. We will also try to present Naşit Özcan's orta oyunu, which was brought to the stage in the improvisation style with contributions from cantos and duets as a comedy. We are trying to reflect the style exactly as we saw it and acted it with İsmail Dümbüllü between 1968 and 1970."

Stressing that his projects with his young actors from Ayvalık are ongoing, Yanılmaz said all the actors in the nine-person troupe all work to a professional standard. Yanılmaz said: "We will not perform a Ramadan festival or a Ramadan show. We prepared an improvisational play in order to perform only during the month of Ramadan. Those who come will find canto in the play, they will find the real canto and see how canto is sung and performed, how the audience is entertained. And these cantos will be performed jointly in our plays."

Pointing out that they staged the play "Üç Kişiye Bir Yatak" (One Bed for Three) first performed by Dümbüllü and later staged by Özcan, Yanılmaz said they will perform their plays as matinees and evening performance apart from iftar time in accordance with the public's demand whenever they get the chance.

According to one of the actors, Seyit Sazan, when they perform their plays, whether a melodrama, comedy or tragedy, they change according to the atmosphere and the characteristics of the audience.

"A name that the audience might like and keep is found and announced without even thinking about the play's topic. However, following these announcements, how the topic will be treated and who will play which part are loosely specified by the director and roles are played within the flow of the play when the time comes without sticking to the text," Sazan said. The youngest actor of the play, Neva İmam, 5, said he would perform a canto.
RELATED TOPICS