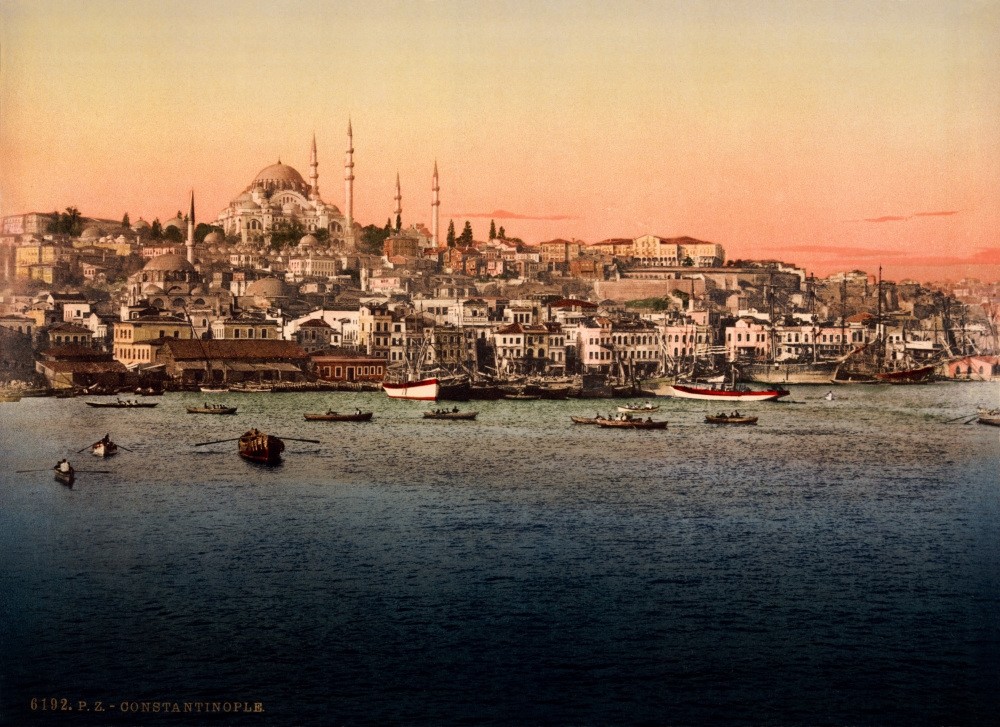 The map uses Constantinople, the present-day Istanbul, to show how certain citiesu2019 populations drastically changed in different periods.
by Anadolu Agency Jun 09, 2016 12:00 am
Researchers announced Tuesday that they have created the first spatially precise map of all urban settlements throughout the globe for the past 6,000 years - dating from 3,700 B.C.E. to 2000. The world's population is becoming more urbanized every year - the United Nations estimated in 2014 that 3.9 billion people live in cities, amounting to 54 percent of humanity.

In 1960, only 34 percent of people lived in urban areas. Almost 75 percent of the globe's population is expected to live in cities by 2030, and the wide array of problems that accompany large cities, including climate change and poverty, worry policy makers.

Even as urbanization swells annually, the long-term data about population growth and urbanization trends worldwide is very inaccessible. The new map, created by researchers working out of Yale University, hopes to remedy the issue by providing a massive dataset.In fact, in building the map, researchers utilized a deep trove of archeological information, historical documents and ancient census records. The amount of work that went into transcribing and digitalizing the data showcases the disparate nature of available information.

"To better understand urbanization today it is helpful to know what urbanization looked like through history," lead author Meredith Reba said in a statement. "By understanding how cities have grown and changed over time, throughout history, it might tell us something useful about how they are changing today." Authors used the Turkish city of Istanbul as an example of the map's powerful data that provides a visualization of how the city's population was drastically reduced in between 1057 and 1453, when it was known as Constantinople. During those four centuries, the map illustrates how the population declined from roughly 300,000 to 45,000 due to attacks from Crusaders and a bout of the Black Plague. Most of the information was never before available in a digital format, especially in concert with the population trends of other cities in Turkey and around the world.
RELATED TOPICS