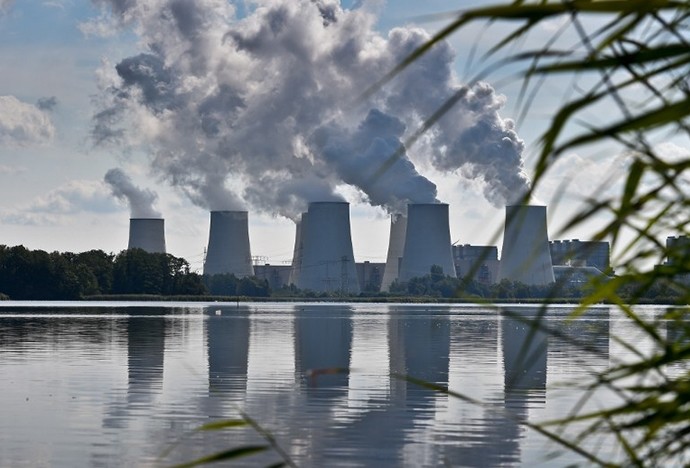 Industrial output is hazardous for the atmosphere.
by Daily Sabah with AA Jun 15, 2016 12:00 am
The United Nations Environment Program (UNEP) has presented a medal of honor for Turkey's efforts in preserving the ozone layer under the Montreal Protocol on Substances that Deplete the Ozone Layer.

The Regional Ozone Network for Europe and Central Asia's Ozone Layer Protection Medal of Honor was given to the country during the network's meeting in Ashkhabad in late May. Turkey is among the countries that have successfully implemented practices against ozone depletion, a ministerial statement said, adding that Turkey has been one of the protocol partners since 1991. Turkey has implemented strict quota measures on ozone depleting substances export. While the export volume of ozone depleting substances was 4,800 tons in 2009, it has been reduced to 400 tons this year.

Turkey also received the same medal in 2012 and 2014. According to the UNEP, the protocol was designed to reduce the production and consumption of ozone depleting substances in order to reduce their abundance in the atmosphere, and thereby protect the earth's fragile ozone layer. The largest ozone hole on record was about 30 million square kilometers in 2006. The protocol was signed by 197 countries in 1989. Designed to have countries respond quickly to new scientific information and agree to accelerate the reductions required on chemicals, the Montreal Protocol has been regarded as one of the most successful international environment agreements so far.
RELATED TOPICS