NASA to set fire in space for science, safety 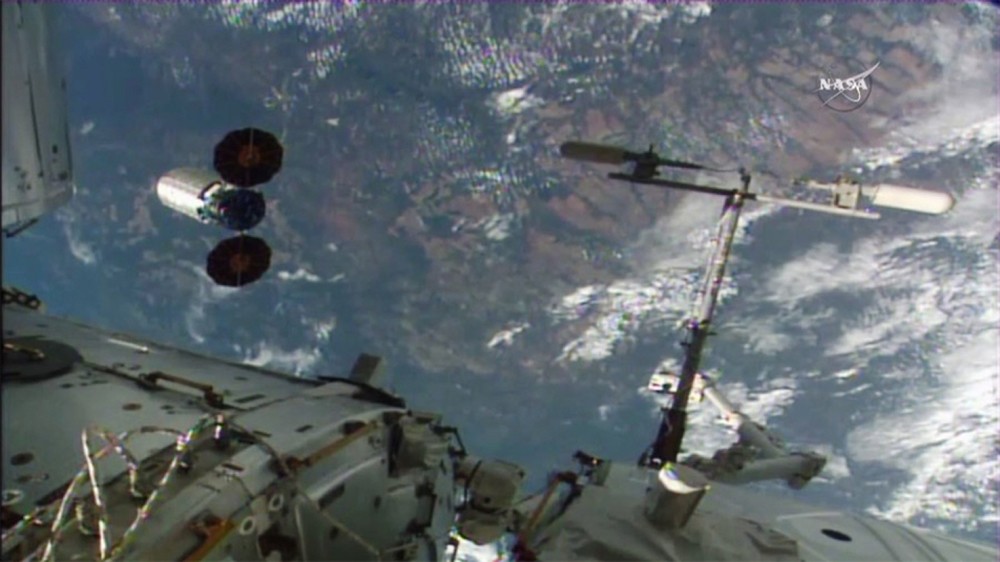 by Jun 16, 2016 12:00 am
An unmanned cargo ship pulled away from the International Space Station on Tuesday to stage the first of three planned NASA experiments on how big fires grow in space, an important test for astronaut safety.

Previous experiments in space were limited to the incineration of samples no bigger than an index card, said David Urban, lead researcher for the Spacecraft Fire Experiment, or Saffire.

"We tried for years to find a vehicle and a circumstance where this would work and initially we'd get a 'not on my spacecraft' reaction," Urban said during a NASA TV interview.

The National Aeronautics and Space Administration ultimately settled on using an Orbital ATK Cygnus cargo ship, which is designed to burn up in the atmosphere after it departs the space station. The Cygnus, which departed the space station on Tuesday, was launched from Earth in March with more than 7,000 pounds (3,200 kg) of food, supplies and science experiments for the station, a research laboratory that flies about 250 miles (400 km) above the planet.

The cargo included Saffire, a module containing a 38-inch by 19-inch (97 cm by 49 cm) cotton-and-fiberglass material sample that will be set on fire after Cygnus reaches a safe distance from the station.

The experiment will begin with hot wires igniting the sample. Air flowing through ducts will fan the fire, which is expected to last about 20 minutes.

"One of the big questions is how big will the flame get?" Urban said.

Fire behaves differently outside of Earth's atmosphere, so scientists want to test whether microgravity will limit flames and what materials will burn.

The question is not academic. In February 1997, an oxygen-generating canister aboard the Russian Mir space station erupted into a searing flame, blocking the crew's path to an emergency escape ship.

The crew fought the fire with foam extinguishers and water and it eventually burned itself out, leaving a thick residue of soot.

The Saffire experiment will be the largest fire set in space since the accidental blaze on Mir.

Onboard sensors will record temperature, oxygen and carbon dioxide levels, while two cameras snap pictures. The data and images will be relayed to ground control teams over the next four to six days. NASA plans two more Saffire experiments aboard future Cygnus spacecraft.