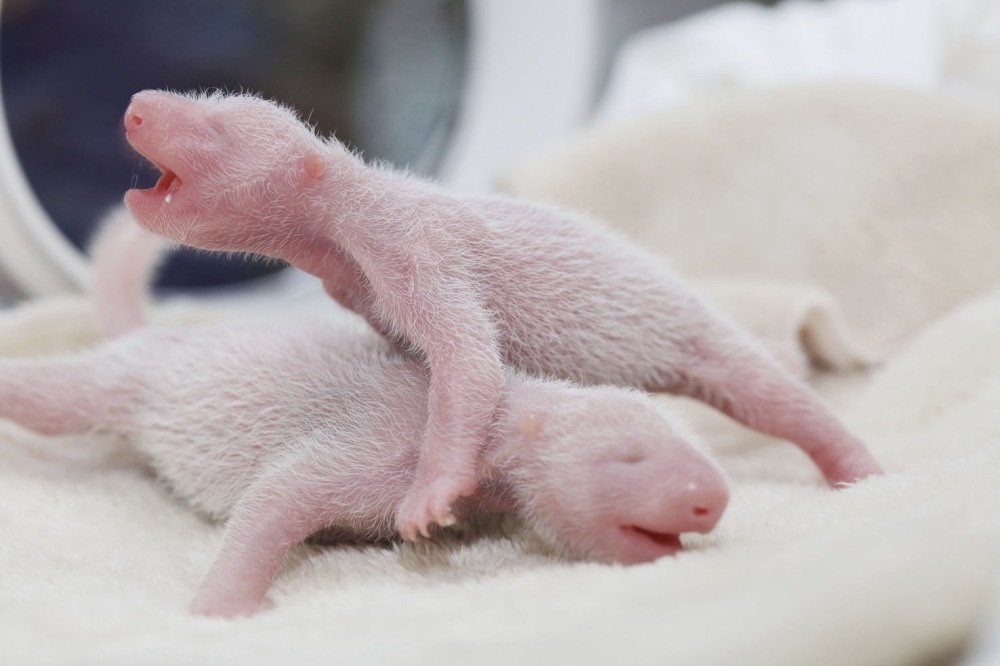 by reuters Jun 23, 2016 12:00 am
Two healthy baby giant pandas were born at a Chinese breeding research base on Monday, the first twins of the endangered species born this year, media said.

The two females, weighing 144 grams (0.14 kg) and 113 grams, are the first offspring of mother Yali, who gave birth at the Chengdu giant panda breeding research base in southwest China's Sichuan province. The unnamed twins are being kept in an incubator and taken out periodically to be fed, according to state broadcaster CCTV. "The twins are quite healthy, their voices are quite clear, relatively speaking their fur and physical traits are all quite healthy," said one of their feeders, Tang Juwen. Giant pandas have seen their numbers hit by human encroachment on the highlands where they survive almost entirely on a diet of bamboo.

But world nature organization WWF said a survey in 2014 found 1,864 giant pandas living in the wild, almost double the number of the late 1970s.

While pandas struggle to reproduce in captivity, better knowledge of their needs has seen an increase in births in recent years with seven born at the Chengdu base last year.
RELATED TOPICS