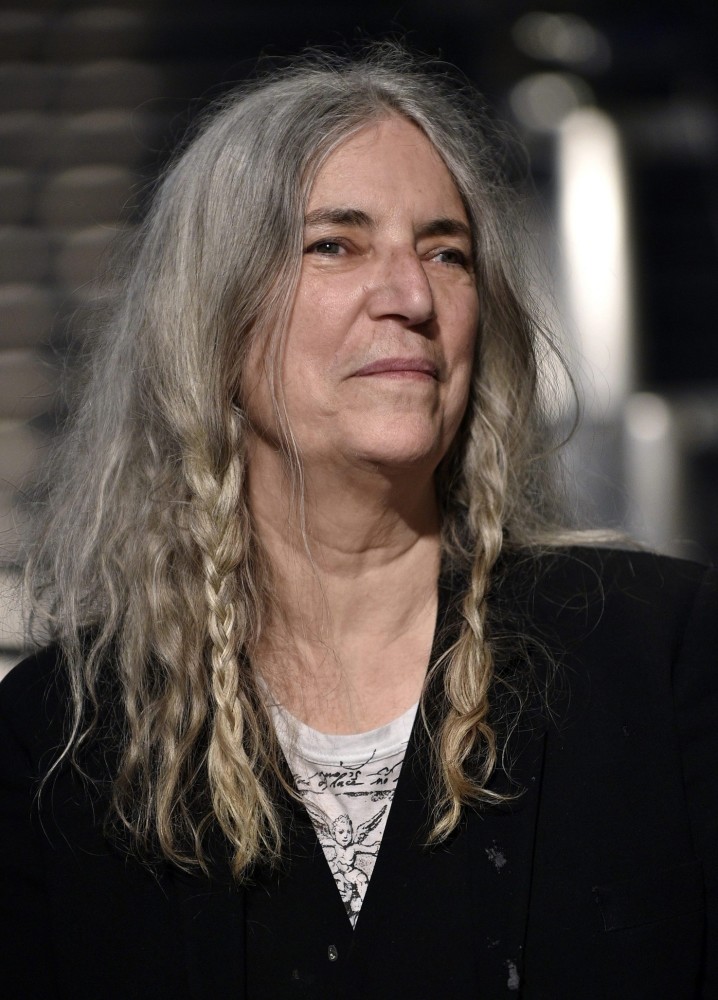 by Anadolu Agency Jun 24, 2016 12:00 am
American musician, composer, poet and writer Patti Smith held a press conference prior to her concert at Zorlu Performing Center that took place Thursday night. She began her speech by expressing her happiness to be in Istanbul and thanked the journalists who attended her press conference for the interest shown to her and the music world in Turkey.

Smith stressed the fact that she has just turned 70 years old and joked about still being alive despite her age. "My husband, friends, pianists, artists and musicians I knew passed away at very young ages. Hence, I am grateful and feel blessed to be still alive and doing my job as an artist. There is always a place for artists to write a new poem or a song or give a concert. I am excited to be in Istanbul because right now, the only thing that I am concentrating on is my concert here," Smith said to the journalists.

Smith underscored the importance of poetry in her life and stated that she began writing poetry at a very young age and has continued writing poems ever since. "My performances and recordings are the products of my poetry. All my work is related to my poetry. Being a musician was not something that I ever wanted. I am a performance artist and my performances are all related to poetry."

Smith also touched on the humanitarian crisis in Syria during her press conference and said, "This is a very complicated situation. This is a humanitarian tragedy. To be honest, it is overwhelming for me. As a mother, I always think about children. I think about mothers, fathers and children who have nowhere to go, no one to accept them and have to leave their homelands every day. I pray for them and I tried to help them as much as I can but unfortunately I am a citizen just as you are."

The American artist said that humanity should take the biggest global step to stop the humanitarian tragedy happening in Syria and claimed that millions of people around the world should stand against wars. Upon being asked whether she visited Turkey previously or not, Smith said that she has come to Turkey a couple of times, including a time when she visited after the earthquake in 1999. "I conducted studies on the poetry and architecture of Turkey a lot, especially when I was younger," said Smith. "When we were young the favorite poet of my friends and I was Mevlana. We were turning his poems into songs or read his poems to each other all the time. Turkish architecture is also astonishing but I am still learning. I observed that Turkish people are very open-minded. The last time I was here, I met with photographers, writers and artists and they were all very intelligent. Istanbul has an intense cultural power."

Smith who is celebrating the 40th anniversary of the release of her debut album "Horses," which is considered a milestone in the history of rock music, collaborated with and inspired many musicians throughout her career including Michael Stipe, Morrissey, Madonna, Courtney Love and rock bands Nirvana and Garbage.
RELATED TOPICS