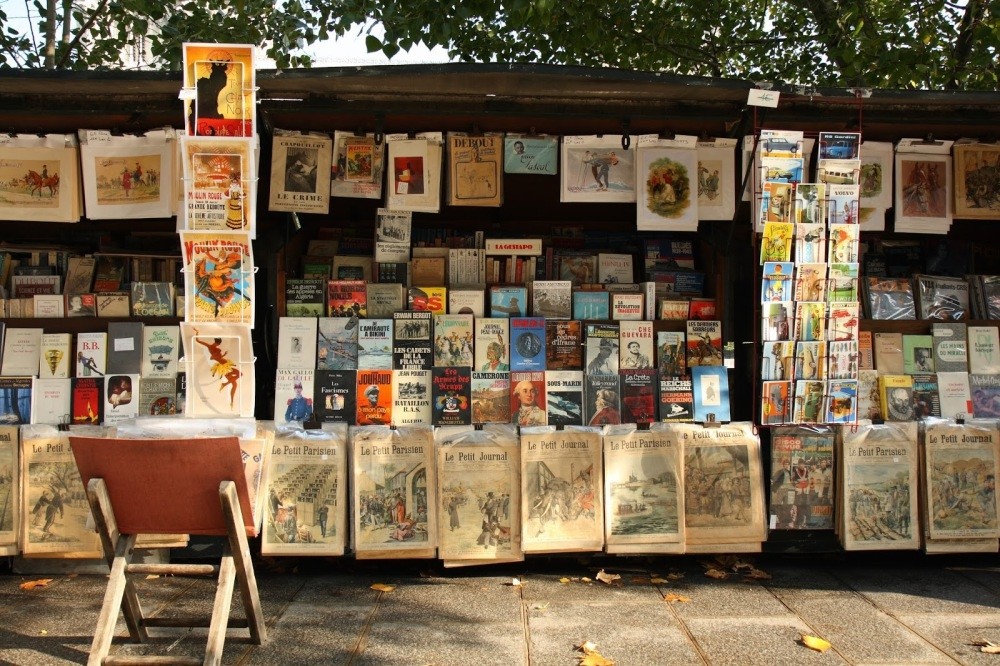 by Daily Sabah Jun 25, 2016 12:00 am
Bookworms know very well the value of a second-hand book; the bent spine and the earmarks of a classic page-turner that has already been broken in. Istanbul's sahafs are a heaven where second-hand books are an open door to the world of readers sharing their treasures in one place.

With a history spanning six centuries, the Beyazıt Sahaflar Çarşısı, located near the Grand Bazaar in Istanbul's Sultanahmet district, is one of the most touristic destinations in the city. A must-see destination, Sahaflar Çarşısı was once a popular place for students during the Ottoman Empire. From the madrasas around the district, students frequently visited those Sahafs to buy books. In 1950, the çarşı went up in flames and 23 of the sahaf shops were saved, which still stand today. Later, all those wooden shops in the çarşı were rebuilt as concrete buildings and the bust of the first Turkish printer, İbrahim Müteferrika, was placed in the middle of the çarşı.

Located in another touristic spot in the Beyoğlu district, Beyoğlu Sahaflar Çarşısı is a great spot if you're looking for rare books, records and antiques. Different from the Beyazıt Sahaflar Çarşısı, Beyoğlu offers a wide range of second-hand documents written in Turkish, as well as foreign languages. Once a year, the çarşı hosts the "Sahaf Festival" organized by the Beyoğlu Municipality, as an opportunity for bookworms to mingle and talk about the history behind the books, records, comic strips or whatever material captures your mind. There are dozens of sahaf in the çarşı, ensuring that you find just the one you're looking for. If you are looking for second-hand material related with academics and formal documents, you should visit the Turkuaz Sahaf & Antiquariat. If you have a keen interest in memoirs or history books written in foreign languages such as Ottoman, Greek, Armenian, Hebrew and Turkish, Barış Kitabevi is the perfect place to stop for a visit. For those who are interested in the genres of mystery and science fiction, Kitap Sahaf is a good bookstore to see. Tezgah Kitabevi is a completely different bookstore than the others and it is like a paradise for those who would like to choose a second-hand book and sit down and read it along with beverages and food, which are served in the bookstore.

In İmge Sahaf located in the Kadıköy district on Istanbul's Anatolian shoreline, a wide range of Ottoman documents, including books and newspapers can be found. For those who are interested in Ottoman books and culture, the bookstore is like heaven. The staff is very friendly and helpful, doing their best to help you find just what you're looking for. Do not confuse the İmge Sahaf with İmge Kitabevi, as they are strikingly different from each other.
RELATED TOPICS