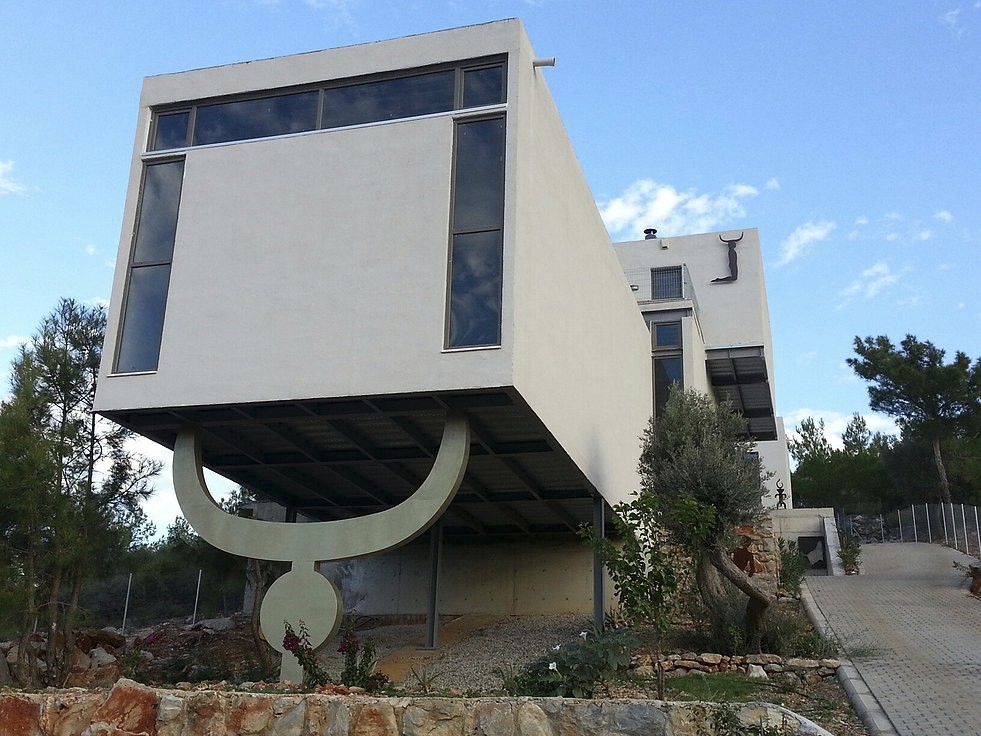 by Anadolu Agency Jul 11, 2016 12:00 am
Painter and sculptor Ender Güzey established his own museum, ARThill, in Bodrum where he displays his artworks that he has been creating and exhibiting around the globe for the last 40 years. The opening of the museum, which stands out due to its architectural features, was overseen by many art lovers and artists. Güzey previously attracted art lovers' attention with his project titled "Noah's Ark." His installation, which is in the form of a raft, was a performance stage for other artists, and it sailed through the Bosporus as part of the presentation. This time, the artist designed a museum building, which is reminiscent of a cube standing on bull's horns, and curated his works centering on the image of a bull and horns.

Speaking to an Anadolu Agency (AA) correspondent, Güzey said that he established ARThill to protect and pass his artworks down to future generations. He said that the design of the museum building reflects his entire art approach and said: "This building stands on bull's horns. The symbol of the bull is an important theme for my art, and it is also a symbol that reflects the civilizations that flourished on the Anatolian lands."

He pointed out that the museum would host various events and exhibitions apart from his own displays. "The museum has become a center in which my artwork has gained meaning. My works, which were previously exhibited in the U.S. and Germany, will now be displayed in ARThill. The ancient settlement of the Leleges, one of the aboriginal peoples of the Aegean littoral, is right across from the museum building. This place is also on the same route that the Leleges used for worship, which was named the Road of Gods. This fact has been a great source of inspiration for me. I am certain that this place will inspire me to give birth to new artworks," Güzey concluded.
RELATED TOPICS