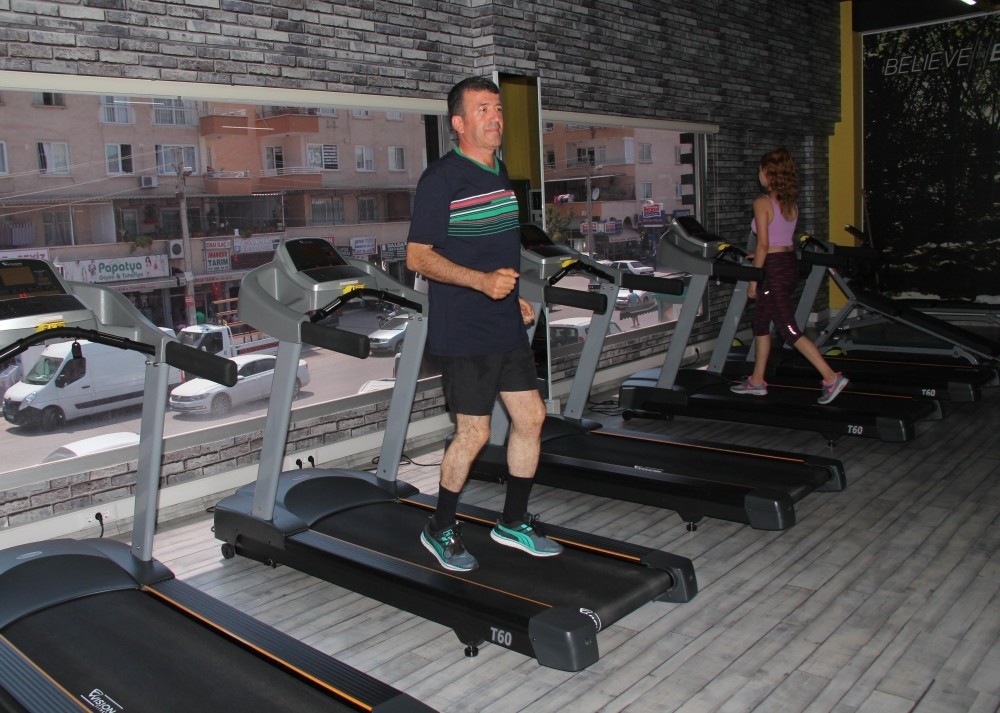 by Ihlas News Agency Jul 12, 2016 12:00 am
Physician Ali Küçük is gearing up for the Retro Running Championship in Italy that will take place this fall. In addition to his day job, Küçük is engaged in a sport called "retro," in which participants walk and run backward. Küçük, who will participate in the championship, walks and runs backward 5 kilometers every day. "I can easily walk a 5 kilometer track at roughly 6 kilometers per hour. Backwards running and walking relieve people's minds," Küçük said.

According to Küçük, retro running and walking are also beneficial for one's health. "As a physician, I realize that these sports help with one's balance and coordination," he said. He said that retro running and walking surprises the brain because you are used to running forward, and running backward leads to better balance and coordination. "In time, your ability to analytically think improves. You can think about a lot of things while walking or running forward, but the only thing you can concentrate on during retro running or walking is not falling." Küçük said that people who continue to do retro running or walking for a while will soon feel like they are meditating and giving their brain a rest. He also claimed that walking and running backwards works your muscles more than usual. "Currently, I can turn 360 degrees on the treadmill while I work on my balance and coordination. I practice this on my patients and I observed improvements," Küçük said.
RELATED TOPICS