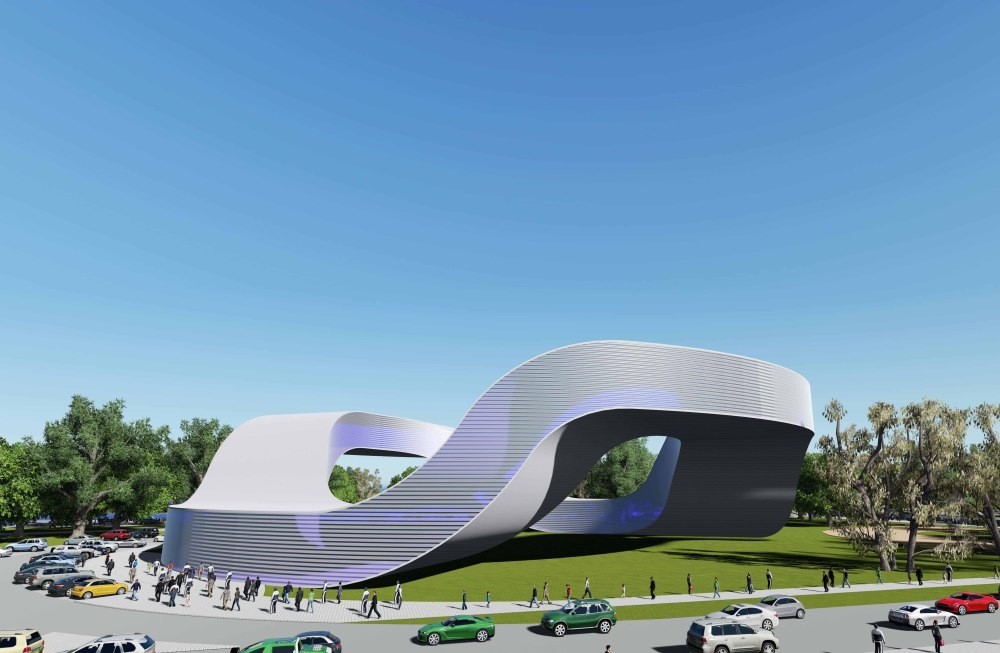 by Jul 13, 2016 12:00 am
A Turkish architect firm, Erdem Architects, might design the Obama Presidential Center, as the firm is among those with the highest votes in surveys. Planned to be built in Chicago, the Obama Presidential Center will include a presidential library, museum, and office and activity space for the Barack Obama Foundation. Erdem Architects' design advanced to the finals last year and public surveys still continue to decide on the best architectural design. The firm has designed a center at Jackson Park located within golf courses. From a bird's eye view, the center's shape represents U.S. President Barack Obama's name in capital letters.

On the other side, for passers-by, the design is reminiscent of the eternity point. Sunay Erdem, one of the partners of Erdem Architects, said: "Our design aims to reflect the U.S. president as much as it can. The design is also an environmentally-friendly one as we will not harm the park's original environment or natural life there." Günay Erdem, also a partner at the firm, said that the design rises from the below, symbolizing the rise of American people with Obama from a certain angle.

"It also does not fully lie on the ground," he said, adding that the circular shape represents the notion of gathering. Erdem Architects has completed many international projects both in Turkey and around the world so far. The office is led by two partners - Günay Erdem and Sunay Erdem - and employs a staff of around 10 people from many nationalities. Erdem Architects' work has won several international awards.
RELATED TOPICS