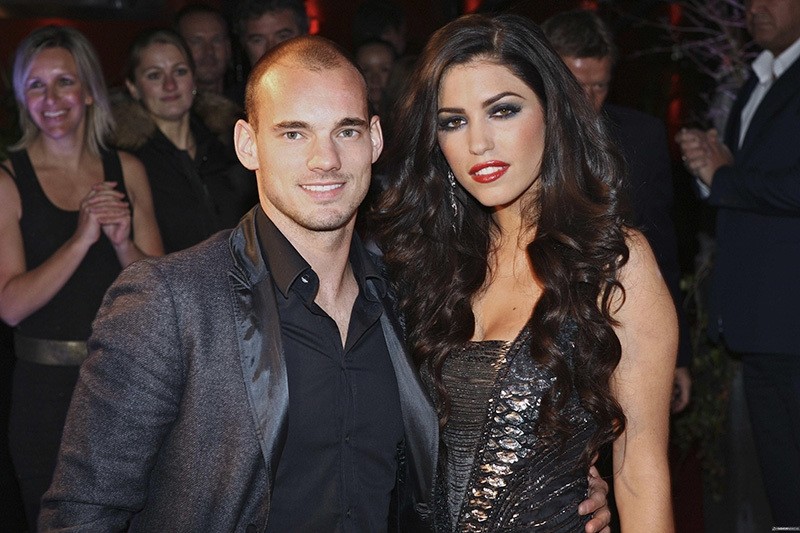 According to reports by Turkish broadcaster CNN Türk, the Sneijder couple, along with co-founders Arjan Erkel, Roelof van Laar and Evelien Hölsken helped to remove thousands of people from brothels in Bangladesh, Brazil, India, Netherlands and Thailand, through the non-governmental organization "Free A Girl" founded in 2008. The NGO also provided support and finances for 14 counterparts based in these countries.

The association aims to rehabilitate and re-integrate the victims, and girls up to 23 years old are provided with jobs.

While Wesley Sneijder serves as an ambassador of Free A Girl, Cabau spends most of her time with the NGO. Cabau reportedly went to India in March to help to remove 10 young girls forced to commit prostitution in brothels, and pushed Indian authorities to sentence the person forcing children to commit prostitution.

Sneijder had earlier said that he and Yolanthe want to join their forces against the abuse of children.