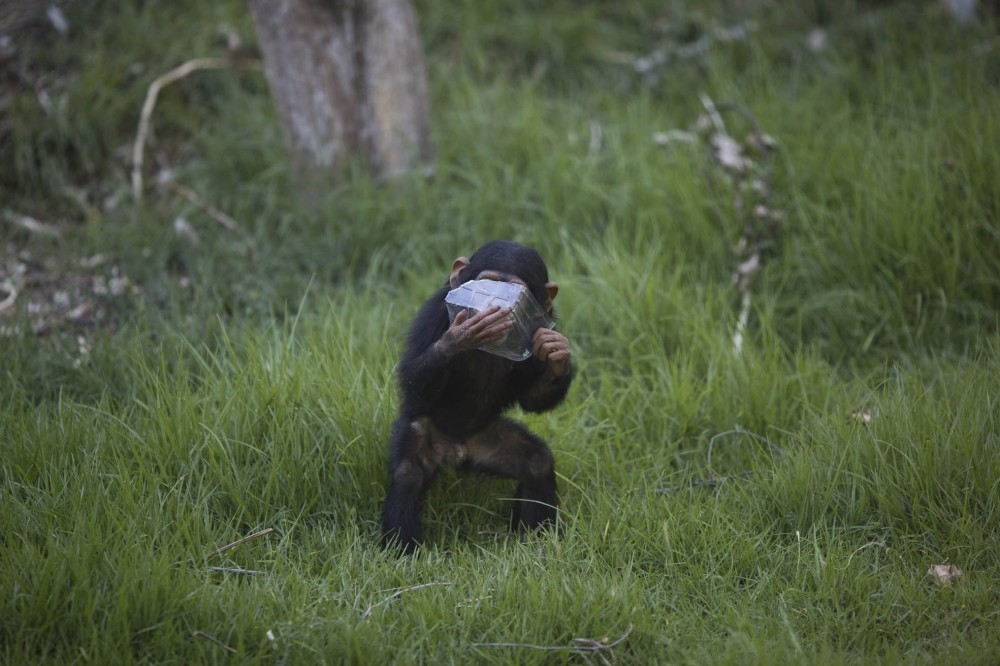 According to a report by UNESCO in 2013, as many as 22, 218 wild great apes were lost between 2005 and 2011 due to illegal trade. The report said illegal wildlife trade is a billion-dollar business.
by Anadolu Agency Jul 18, 2016 12:00 am
Renowned British primatologist Jane Goodall has warned that there is a surge in the illegal trade of infant chimpanzees in Central and West Africa.

Goodall, who has conducted groundbreaking studies on primate behavior for 55 years, said there has been a rise in capturing infant chimpanzees with the purpose of exporting them to countries in Asia and the Middle East.

"We have to educate [the] people of Asia and the Middle East about the fact that it is wrong to take these chimpanzees as pets - they are not little play things," Goodall told Anadolu Agency (AA) on Thursday when she reopened the Sweetwaters Chimpanzee Sanctuary in Kenya after it had been closed for renovations.

She said her organization aims to spread the message to the youth around the world that chimpanzees cannot be used as pets and to educate the future generation to take care of primates "better than the current generation."

"It is important for young people to learn how similar we are to these young apes," Goodall said.

The report said illegal wildlife trade is a billion-dollar business. Chimpanzees are commercially hunted for food and caught in snares they cannot free themselves from, Goodall said.

"In the past, the snares were made of vines which could easily break, but nowadays they are made of wires which cut into their flesh," she said.

This is the main reason why rescued chimpanzees are either missing an arm or a foot or have scars all over their bodies, Goodall added.

Most of the chimpanzees at the sanctuary were rescued from previous owners who had chained them up and locked them in cages. Other chimpanzees were rescued while in transit to Asia in trafficking schemes to serve as pets.

Goodall said chimpanzees have a photographic memory and that they can remember people who previously mistreated them.

The Sweetwaters Chimpanzee Sanctuary is home to more than 50 orphaned and abused chimpanzees, roughly 15 years of age, from Central and West Africa.

The sanctuary lies at the foot of snowcapped Mount Kenya in the Ol Pejeta Conservancy, a 90,000-acre, private wildlife conservancy.
Last Update: Jul 18, 2016 3:32 am
RELATED TOPICS