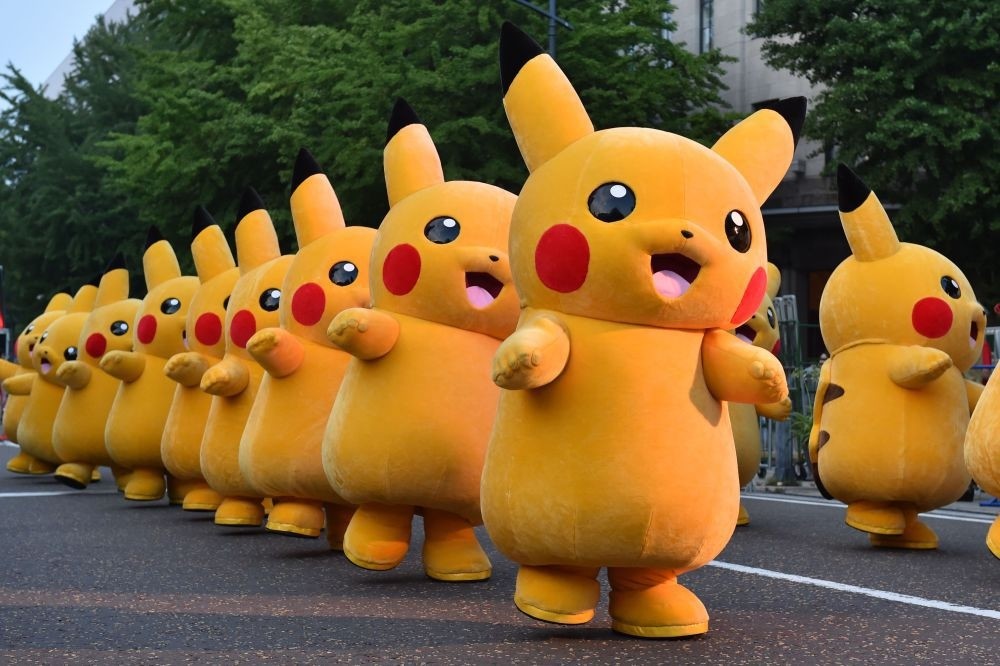 by Daily Sabah with Wires Jul 27, 2016 12:00 am
Although official numbers have yet to be announced, Apple has released a report stating that the "Pokemon Go" game "has had more downloads in its first week than any other app in history," confirming a report from gaming website Polygon. The report also said, "The game is the fastest mobile game ever to reach the number one spot for revenue on mobile stores, outpacing even Clash Royale."

Another report by data analysis firm SuperData said "Pokemon Go" has so far managed to generate $14.04 million across mobile platforms since its release. The game has broken the 50 million download mark on Google's Play Store over the weekend.

Nintendo's augmented reality app, in which players walk around real-life neighborhoods to hunt and catch virtual cartoon characters on their smartphone screens, became an instant hit around the world. The game has become a global phenomenon since its release. It topped the download chart on both iPhone's App Store and Google Play just days after its initial release in the U.S., Australia and New Zealand.
RELATED TOPICS