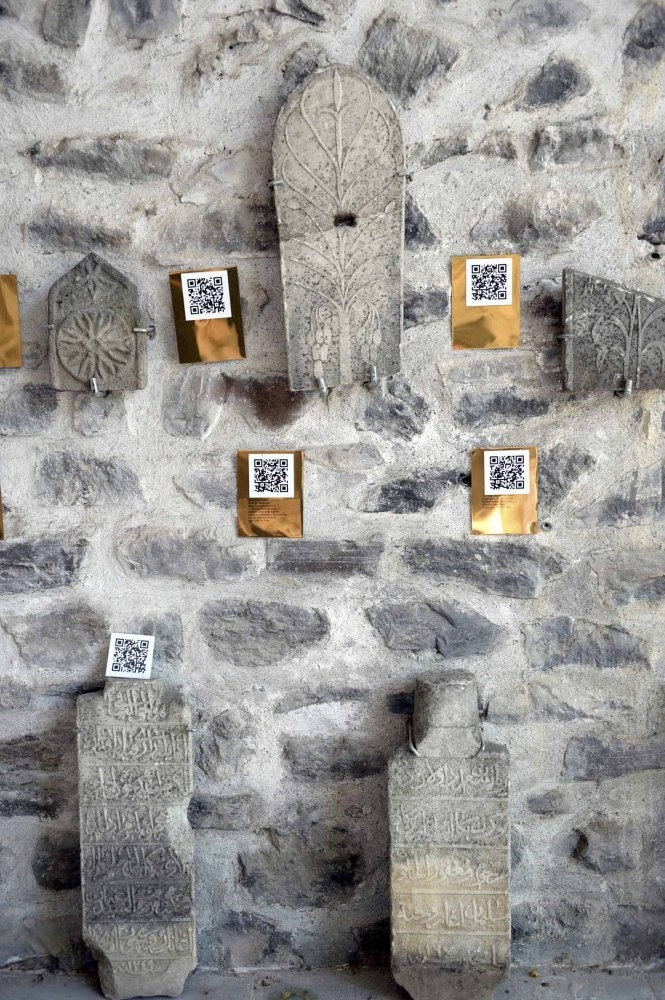 by Anadolu Agency Aug 02, 2016 12:00 am
With an initiative of the Niksar Municipality in Tokat province, the inscriptions on tombstones located at the province's Tombstones Museum are now readable with QR codes (two dimensional barcodes).

Tombstones Museum is at the entrance of Melikgazi Cemetery, Anatolia's first Turkish-Islamic cemetery, in Tokat's Niksar district, Research and project director at Niksar Municipality, Hüseyin Şahin, said, "When you download the QR app on your cellphone and match this app with the QR system on the tombstone, you are directed to a website. You can then see what is written on the tombstones accompanied by a 3D image as well as who the tombstones belong to."

Speaking to Anadolu Agency, Şahin said the QR system has been implemented at the majority of the monuments in Turkey.

Şahin said that they have applied QR codes on every historical tombstone in the museum. People can learn about what is written on the tombstones and what they mean using their cellphones or the internet at danismentlilermirası.com.

Pointing out that they started this system two months ago, Şahin said, "This application is the first of its kind in Turkey."