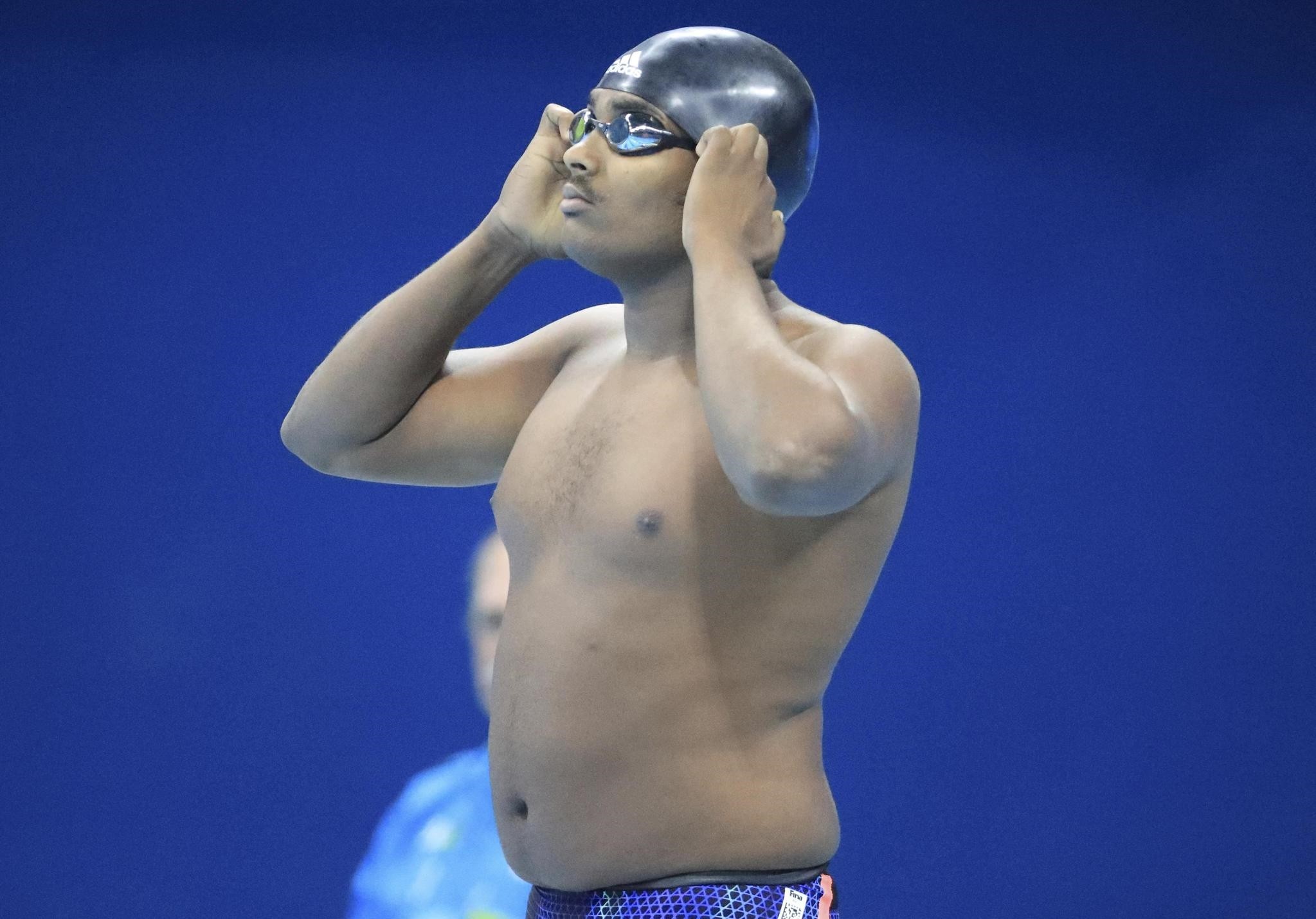 Ethiopian swimmer Robel Kiros Habte has won hearts in Rio with his less chiselled than your average top swimmer's body - or a 'dad bod' as the internet calls it.

The 24-year-old son of the country's swimming boss ranked 59th out of 59 competitors in the men's 100m freestyle heats on Tuesday, posting a time of 1:04.95 -- half a lap behind anyone else.

Between the rippling abs of the world's finest swimmers, 24-year-old Habte's generously rounded stomach quite literally stuck out, soon earning him the affectionate nickname of "Robel the Whale" on social media.

Habte even took the honour of carrying the flag during the Olympic opening ceremony on August 5, a symbol of patriotic pride.

Habte had struck a defiant tone following his failed bid for Olympic glory.

"I don't know why I was slower today but it didn't matter where I finished," he told journalists in Rio.

Ethiopia is landlocked and has no Olympic-sized swimming pool, meaning swimming is not a traditionally strong sport there.

However, not all Ethiopians were happy about Habte's perfromance.

"It's OK to come last in any competition, somebody has to right? It's NOT OK to embarrass a nation by entering a competition with no competence whatsoever," Seble T posted on Facebook.

Many were also outraged that the flag was not given to the world-class runners walking alongside Habte.

His father Kiros Habte defended his son when contacted on state-owned radio station Fana, saying: "We didn't want results. We just wanted to participate. That's all."

This isn't the first hateful body shaming at the Olympics though.

Just recently, Mexican gymnast Alexa Moreno was scrutinized over her appearance after she represented her country at gymnastics on Sunday.