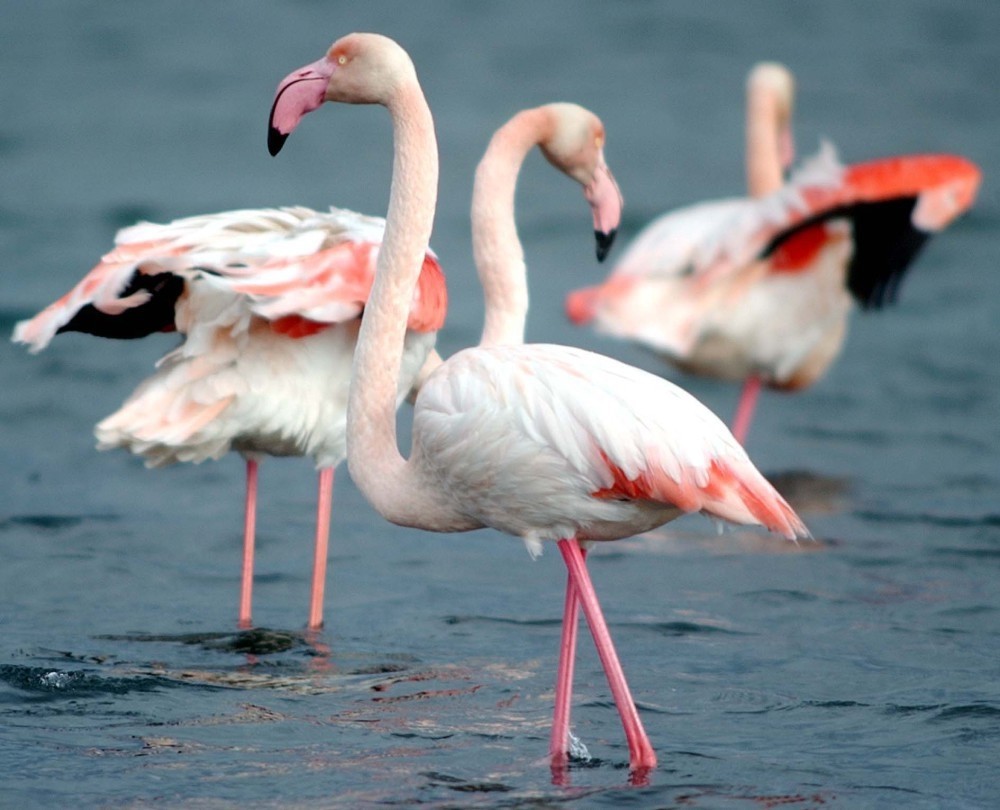 by Anadolu Agency Aug 15, 2016 12:00 am
The flamingo breeding season has reached its peak level at the İzmir Bird Sanctuary, one of the two main flamingo habitats in Turkey. This year, almost 15,000 flamingo chicks were born, a significantly high number compared to previous seasons.

The flamingo breeding season generally starts in May, but before that the area is cleaned to provide a suitable environment for flamingos. After Lake Tuz, Turkey's second-biggest lake, the İzmir Bird Sanctuary on the Gediz Delta in the Aegean region, is home to thousands of flamingos each year. Since 2011, the number of flamingos has steadily increased, reaching a record level this year. The artificially formed breeding area is one of the largest in the world at almost 6,500 square meters. Hayati Binboğa of the Forestry and Water Affairs Ministry said that flamingo numbers decreased in previous years for certain reasons but they have recorded a doubled number this year, as 7,000 flamingo chicks were born last year.

The breeding island at the İzmir Bird Sanctuary was artificially formed after the natural island eroded away. Since then, the breeding area has been the nursery for more flamingo chicks. Erosion of the land from waves caused a big decline in flamingo numbers before 2011, with only 400 flamingos born at that time.

Flamingos are born after about a 30-day hatching period. For a couple of days after hatching, they stay in the flamingo colony and are fed by their parents. Later, young flamingos leave to join other youngsters in small groups. After about three weeks, the adults herd the young flamingos into large groups called creches where they start to look for food on their own.
RELATED TOPICS