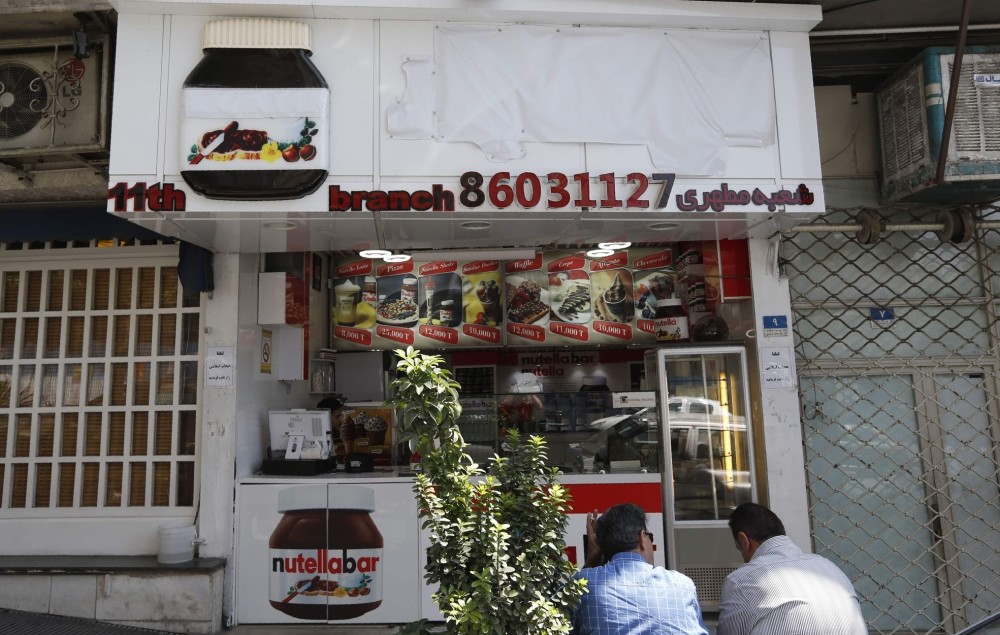 by Aug 20, 2016 12:00 am
It is Iran's answer to the Academie Francaise, keeping the Farsi language safe from the corrupting influence of foreign words. Its latest, unlikely target: Something called "Nutella Bars."

The state-run Academy of Persian Language and Literature has imposed a number of changes in recent years, particularly aimed at curbing the intrusion of English.

Its success has been varied.

Most people now use the Farsi word "balgard" (meaning 'spinning wings') instead of "helicopter."

But practically no one - except perhaps newsreaders on state television - calls their fax machine a "durnegar" (meaning "distant message-receiver"), or uses "rayaneh" ("organizing machine") when they mean "computer."

The academy's latest target has caused some bafflement: a popular chain of waffle and crepe cafes called Nutella Bars after the Italian hazelnut and cocoa spread in which they smother their snacks.

"The authorities said the signs must change. They are very strict about it," a staff member at one branch said, asking not to be named.

To the amusement of many on social media, the academy suggested the chain rename itself "Hot Bread, Hot Chocolate" in Farsi.

"Unfortunately, places called Nutella Bar have recently been spreading in Tehran," wrote the head of the academy, Golamali Hadad Adel, in a letter to police last month.

"In these shops, chocolate is served with special bread and ice cream. The academy proposes the use of 'Hot Bread, Hot Chocolate' for these shops."

Several branches around Tehran have already taken down the original logos, although they do not appear keen on the academy's name suggestion.

Technically, shops in Iran are banned from using foreign names, though this is widely flouted and newcomers are often surprised about the amount of English used alongside Farsi in public spaces - from street signs to billboards to shop fronts.

Given the many unlicensed Levi's, Apple and IKEA stores in Iranian cities - all operating without permission from the official companies in the isolated Islamic republic - it is not clear why the Nutella Bar chain was targeted, though some have suggested the word "bar" may be part of the problem in a country where alcohol is illegal.

But despite a random and occasionally clumsy approach from the academy, experts say its work is important.

"Farsi has been under continuous pressure for centuries, including by Arabic," said Mohammad Ali Zamani, a historian at the Kharazmi University in Tehran.

"At times, its decisions are not carefully considered... but the academy is seeking to preserve the creativity of our language," he added.

The academy has its roots in the 1920s, when king Reza Shah ordered the replacement of many Arabic and French words that had entered common usage, although "merci" is still used today to express thanks.

The Arabic script came to Iran along with Muslim conquerors in the seventh century, but Iranians held firm to their distinctive Indo-European language, Farsi.

Many thank epic 10th century poem "The Shahnameh" ("The Book of Kings") by master poet Ferdowsi - who refused to use any Arabic words in the poem's 60,000 verses - for helping to preserve the language.

Arabic has become much more officially accepted since the Islamic revolution of 1979, with the country's clerical leaders often proudly sprinkling their speeches with the language of the Quran.

But battling Western lingo has continued.

"It is vital to preserve the Persian language for its historical richness and the treasure of its literature."
RELATED TOPICS