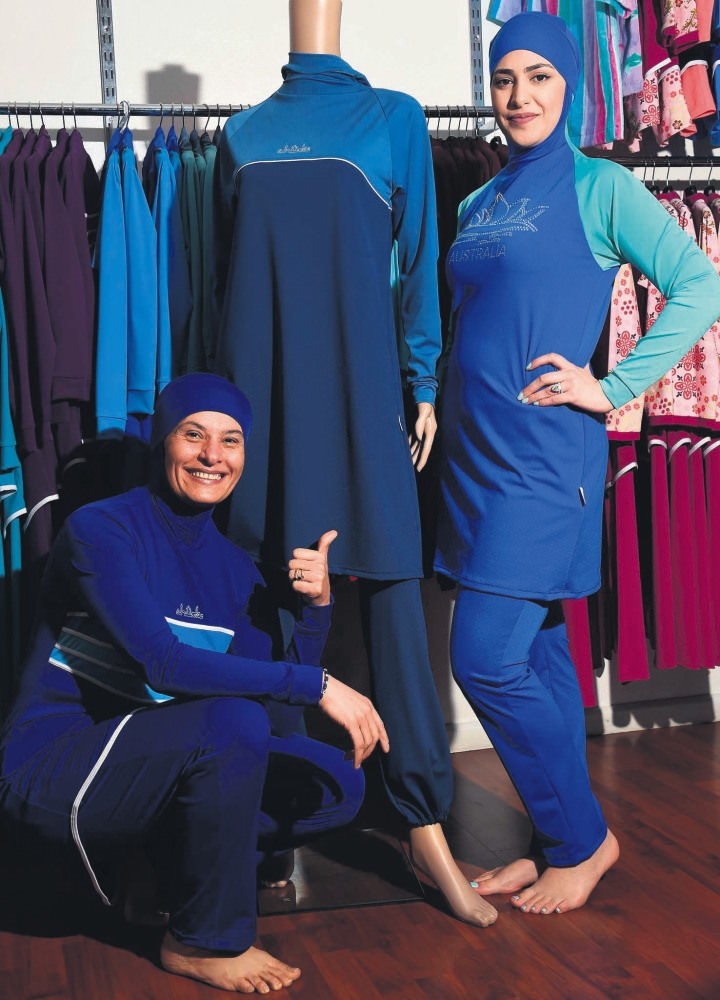 According to Australian-Lebanese Aheda Zanetti, who claims the trademark on the name burkini and burqini and created her first swimwear for Muslim women more than a decade ago, the furor in France has attracted more publicity for her products.
by French Press Agency - AFP Aug 24, 2016 12:00 am
Burkini bans in France have boosted sales and interest in the full-bodied Islamic swimsuit, particularly from non-Muslim women, the Australian credited with creating the design said Tuesday.

The burkini has sparked huge controversy in France, with bans in 15 towns in the country's southeast. But Australian-Lebanese Aheda Zanetti, who claims the trademark on the name burkini and burqini and created her first swimwear for Muslim women more than a decade ago, said the furor in France has attracted more publicity for her products.

"It's just been so hectic," she told AFP.

"I can tell you that online on Sunday, we received 60 orders - all of them non-Muslim," the 48-year-old Sydneysider said, adding that she usually received 10 to 12 orders on Sundays.

Zanetti did not have sales figures for the rest of the past week but said she had also received numerous messages of support - and only one disparaging email - since the French bans.

They include messages from cancer survivors and other swimmers who use her light-weight, quick-drying two-piece garments as protection from the sun.

There are other Islamic swimsuits but Zanetti has said her designs are the first to be streamlined into two-piece swimwear with a head covering.

"A lot of the correspondence... was that they are survivors of skin cancer and they've always been looking for something like this, saying, 'Thank god we've found someone like this producing such a swimsuit'," she said.

"The support I'm getting is somehow about empowering women... I feel like I've been a counselor. It's a cry of need that they want to have this enjoyment.

"Women are standing together on this. It doesn't matter what race or religion."

Australia is grappling with a rise in anti-Muslim sentiment but the burkini has not attracted strong criticism in a country where people regularly cover up at beaches to protect their skin under the harsh sun.

While there are divisions over the burkini in France, Canada's Prime Minister Justin Trudeau on Monday dismissed the idea of a ban in his country, saying Canadians should rise above the controversy as he called for the respect of individual rights and choices.
RELATED TOPICS