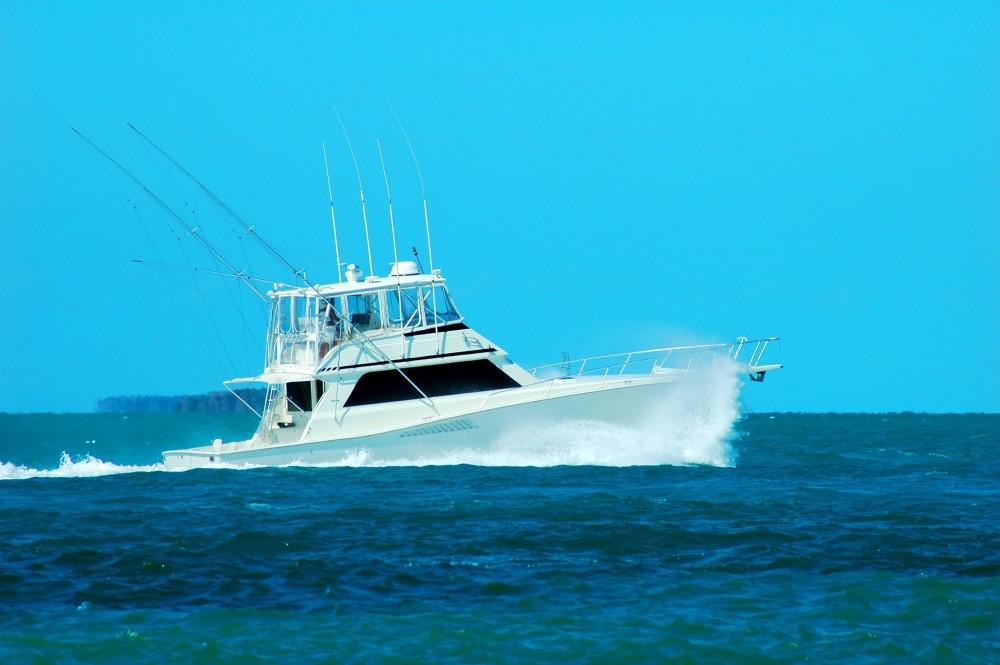 Sport fishing as a leisure activity is a modern development yet its contributions to the tourism sector cannot be underestimated. Next month the coastal Bodrum town will draw local and international anglers for an offshore fishing tournament, aiming to make sport fishing more popular in Turkey

Fishing for recreational purposes is not new, as the first accounts of sport fishing date back to the 17th century. Leaving aside amateur anglers who fish without much preparation as a hobby, professional sport fishing is quite a new phenomenon in Turkey.

Next month, an ultra-luxurious marina dock, the Palmarina in the Yalıkavak neighborhood of the coastal town of Bodrum, will bring around 300 professional anglers in 50 boats for the Mediterranean Offshore Fishing Tournament (MOST). From Sept. 15 to Sept. 18, the boats will go offshore of the Güllük Bay, experiencing some of the best sport fishing on crystal clear water.

During the four-day tournament, which is expected to attract around 1,000 attendees, anglers will try to catch billfish and tuna fish, as well as other common fish seen in its coasts. The challenge is to catch the most fish, or the largest. A catch and release policy is kept, similar to other sport fishing tournaments, as releasing the fish in a sporting manner is important to keep the tournament environmentally-friendly. The winners will be announced after the jury committee assesses scores measured according to the height and weight of the fish. On Sept. 18, an award ceremony will take place, followed by a gala dinner.

With all the offshore big game, the tournament will obviously create a hub for local and international names. With an objective is to make sport fishing more popular in Turkey, MOST Bodrum is opening an alternative sea tourism option to beach and sailing tourism. The tournament adheres to rules set by the International Game Fish Association (IGFA), an U.S.-based non-profit organization committed to the conservation of game fish and the promotion of ethical angling practices. Elvio Pennetti and Serdar Günseren represent Turkey in the IGFA, which celebrated its 75th anniversary last year.

Erim Bener of the MOST Bodrum Executive Board told Daily Sabah that sport fishing has only been practiced in Turkey during the last 10 years. "Sport fishing is widely popular in Pacific countries, North America, the U.S and. Far Eastern countries. I believe interest here in sport fishing will increase each year." Only two previous sport fishing tournaments were held in Turkey - one in Bodrum and the other in Alaçatı, but there are now four tournaments in existence. Asked about the future of sport fishing in Turkey, Bener said interest depended on the fish. "The marine beauty of Turkey's Aegean and Mediterranean regions is obvious. I do not think it is difficult for Turkey to draw more people to sport fishing." Sport fishing is not a cheap activity, but is a good opportunity to improve tourism revenue. "We aim to increase the quality of the tournaments each year," the board member said, adding that it will be an entertaining and exclusive event.MOST Bodrum will this year gather anglers from Russia, Greece and France, including famous names and businessmen who have devoted their lives to offshore fishing. "I would like to say the tournament is not a profit-based one, as we want to give better awards and host more foreign guests at our events, with the support of sponsors," he said.

For more details about the upcoming tournament, visit the website mostturkey.com.

A similar scene is seen in the U.S. Based on 2013 data from the National Oceanic and Atmospheric Administration (NOAA), there are 65 million registered amateur anglers in the U.S. alone, and the contribution to the economy from sport fishing is around $220 billion. It creates $18 billion in basic revenue, more than $52 billion in sales, $30 billion in added value, $72 billion dollar in travel revenue and offers employment to 370,000 people. Sport fishing schools promote the field, where senior captain offer hands-on instruction and teach the skills and techniques necessary to catch bigger fish.

From a means of survival to a fun activity

Fishing has long been an activity seeking food or survival, but sport fishing is a modern trend with two main categories - saltwater and freshwater fishing. Sport fishing varies in the desired fish species, equipment, and location. Amateur anglers can practice their skills in ponds or rivers, while adventurous anglers can try offshore sport fishing. Ocean sport fishing or deep sea sport fishing can seek large game fish like shark and tuna. There is no doubt that going after sharks and tuna is different from trout and bass.

In 1653, British writer Izaak Walton published a book called "The Compleat Angler," one of the earliest works to describe fishing as a recreational pastime. With the invention of motorized boats, sport fishing evolved into big game fishing. Dr. Charles Frederick Holder, known as the first to catch a tuna with rod and reel and the inventor of big game fishing, published several articles and books on this subject. His works introduced scientific information and describe the excitement of the sport.